On Thursday, Patti DiMaria met an inspector to go through buildings she plans to use to house foreign workers in the new year.

She has been through the routine before, and is confident the housing for workers at her family's business will meet government requirements for things such as space and access to safe drinking water.

The approval procedures will tighten as of Jan. 1, after allegations from the government of Mexico last year that Mexican workers in the Okanagan were living in crowded, unsafe conditions.

"For us, it's not a big deal, but maybe for some people, they [inspectors] will find deficiencies," said Ms. DiMaria, who operates Kelowna-based Bella Rosa Orchards with her son and husband.

Employers are required to submit to the government an inspection report for the workers' housing that proves it meets conditions such as having weather-proof roofs and walls and enough showers and toilets, Employment and Social Development Canada spokesman Christopher Simard said in an e-mail.

In British Columbia, the inspections must be conducted by officials approved by the B.C. Agriculture Council. Under the new rules, all relevant sections of an approved inspection form must be completed before they can be submitted. Previously, employers could submit "conditional" inspection reports that indicated some conditions – providing smoke detectors, for example – would be met later.

Employers who offer jobs to foreign citizens typically need government approval through a labour market impact assessment (LMIA), which requires them to prove they could not find a Canadian to do the job.

The new requirements also stipulate that employers must have the housing inspected within eight months of submitting their LMIA application. Previously, employers were allowed to submit an inspection report from the previous season as long as they agreed to obtain one before or shortly after the workers arrived.

Failure to meet the requirements will result in the LMIA application being considered incomplete, Mr. Simard said, meaning the business would not be able to hire the workers.

The changes, developed over the past few months, come as B.C. employers continue to expand their use of the federal seasonal-worker program, which has existed since 1966 and expanded to B.C. in 2004.

Since then, agricultural producers in the province have become increasingly reliant on the seasonal-workers program. According to federal figures, the number of workers in B.C. under the program has climbed from 3,795 in 2008 to nearly 7,000 in 2015.

Over that period, the number of seasonal agricultural workers brought to Canada increased from about 30,000 to about 42,000.

"The program, in general, works well," Dionisio Perez Jacome, Mexico's ambassador to Canada, said in a telephone interview during a recent visit to Vancouver. "It's beneficial for both countries and we are very interested in expanding the program. But in some cases … inspections have detected areas where some companies are not fully complying with, for example, housing obligations."

However, Felix Martinez, national representative with the United Food and Commercial Workers Canada, criticized the standards and said the inspection routine lacks enforcement.

The minimum standards – including 80 square feet of living space per person and one toilet for every seven workers, as set out on an inspection form from the B.C. Agricultural Council – can result in cramped living conditions, he said. "These are workers who have to be there for six months or more, up to eight months, living in crowded houses," Mr. Martinez said.

"The guidelines say 80 square feet per person and that's nothing – and some [employers] don't even follow those guidelines."

Ottawa is in the early stages of developing a national housing policy for agricultural workers. 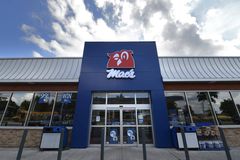 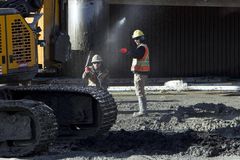