As a student at the University of British Columbia, Navid Fattahi lives and moves between two countries and two cultures: that of his current home in Vancouver and that of Iran, where he grew up and his friends and family remain.

But when he heard of Canada's decision to sever diplomatic ties with Iran, he had only one reaction: dumbfounded surprise.

"I was really shocked because – it was so sudden," said Mr. Fattahi, who studies electrical engineering and is vice-president of finance for the UBC Persian Club, a students' group.

Unlike Britain, which closed its embassy in Iran last year after it was stormed by protesters, Canada appeared to lack a clearcut rationale for closing its embassy in Tehran, Mr. Fattahi said.

"In the case of the Canadian government, you don't see any reason – at least on the outside," he said. "And all the burdens of this development are on the shoulders of Iranian people – inside and outside of Iran."

It is outside of Iran, in cities such as Montreal, Toronto and Vancouver, where Canada's decision to close its embassy is echoing most loudly, as thousands of Iranian expatriates discuss the diplomatic row. Some, like Mr. Fattahi, are worried about potential difficulties in obtaining visas, passports and other documents and question whether Canada's action will have any impact on the Iranian regime. Others praise Canada's move and hope other countries will follow suit.

"If they [Canada] are serious about this regime, that they believe they are terrorists … the best thing they can do is just disconnect them from the world," said Abbas Esmaeili, a director of the Canadian Iranian Foundation, a non-profit group based in West Vancouver. "So this action is absolutely 100 per cent. Because if other countries do the same thing, I believe that they can change this regime without any bloodshed."

Thousands of Iranians such as Mr. Esmaeili have moved to the Lower Mainland over the past two decades, with many settling in North Vancouver and West Vancouver, where Farsi-language signs have popped up on stores and restaurants. The 2006 census reports more than 120,000 people of Iranian ethnic origin in Canada, with nearly 30,000 of those in B.C.

In announcing Canada's decision, Foreign Affairs Minister John Baird described the government of Iran as "the most significant threat to global peace and security in the world," citing its support for Syrian President Bashar al-Assad, its threats against Israel and its refusal to comply with United Nations resolutions relating to the country's nuclear program. Mr. Baird also raised concerns about the safety of Canadian diplomats in Iran.

Canadian diplomatic staff had already left Iran by the time Mr. Baird made his announcement. Iranian diplomats were given five days, until Wednesday, to leave Canada.

The editor of a weekly Persian-interest newspaper says he has received mostly negative feedback about Canada's decision to cut ties with Iran. "It's always better to leave the door open. And what is such a rush to close the door between the two countries?" said Hadi Ebrahimi, editor of Shahrvand B.C.

Others, however, say the door had been kept open far too long.

"I think it's time for the world to stand up and say what is right," said Poran Poregbal, a social worker and therapist who came to Canada in 1998 after leaving Iran a decade earlier. "I actually appreciate Canada's … recent action – they are referring to human rights in Iran and that is what I care about." 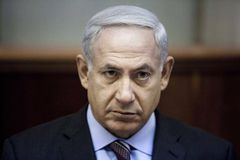 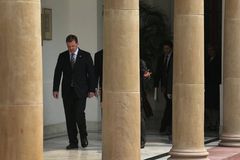 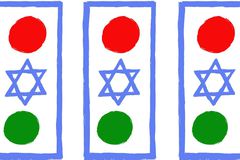