The human rights, health issues and social challenges experienced by people with changed or changing gender identities stepped beyond the activism of a few to become mainstream policy debates of governments, schools and health institutions in 2015. James Goldie, a winner of Langara's Read-Mercer scholarship, examined the personal journeys of three people at different points along the path.

In the centre of the Sessoms family dinner table are two white candles, decorated by hand with bright paints and heart shapes. "I love my family" is written inside one of the hearts, in the unmistakable scrawl of a six-year-old.

The candles were Mother's Day gifts for Clayre Sessoms and her wife, Lisa, and were made at school by their daughter, Li. The budding artist got to make two candles because she has two mothers – which wasn't always the case.

"We're lucky in that regard, that we have that kind of support," Clayre says about Li's elementary school, where she is in Grade 2.

This is the second year that Clayre, a 38-year-old copywriter who works from home, received Mother's Day art. It wasn't until 2013 that she began her continuing transition from the name and gender she was assigned at birth – a boy named Carey – to her true self, a woman named Clayre.

"Father's Day is kind of awkward, but we spend it all on grandpa," she says.

For Clayre, family has been the cornerstone of her transition, and continues to be after her October surgery in Montreal.

Clayre was born in St. Pauls, N.C., a town of 2,000 with close to 50 churches. It's the Bible Belt through and through. Like many transgender people growing up, Clayre felt there had been some sort of mistake; that she was living in the wrong body. When the film adaptation of Annie was released in 1982, Clayre wanted to be the little redheaded orphan.

"I remember standing on the table singing Tomorrow," she says. It wasn't about playing dress-up in girl's clothing. "I really felt I was a girl."

By the end of high school, Clayre already knew she wanted to one day live as a woman.

She wasn't sure when that transition would take place, but it was clear she needed to escape rural North Carolina.

Their first date was coffee at an overcrowded café.

Lisa invited Clayre to her apartment around the corner where they wound up chatting and sharing laughs for more than six hours.

"We just talked and ate leftover Chinese food from her night before," Clayre says.

"That was actually from the week before," Lisa says. "But you were okay."

They clicked right away.

Clayre had made a promise to herself long before that she would disclose her gender identity early when dating someone. She had heard too many stories of heartbreak and relationships ending badly when one person comes out as transgender.

"It wasn't always easy. I would usually come out by the third or fourth date. I had a lot of third dates," she says. "But with Lisa, I came out to her as 'gender questioning,' and it was no big deal."

They married in 2003, always knowing that some day Clayre would transition. Still, it would be more than a decade before anyone other than Lisa would meet Clayre, the woman on the inside.

There was always something preventing her from taking that next big step. First a family crisis back home in the United States took precedence, then she and Lisa decided to have a child. Because hormone-replacement therapy typically causes infertility, if they wanted their own biological child it meant Clayre's physical transition would have to wait. After Li was born, Clayre's parents relocated to Vancouver for a year to be close and lend a hand with the baby.

"They actually moved right across the hall," Lisa says. "It was sort of like Everybody Loves Raymond."

It was a busy time for the new family, and adding transitioning to the mix just felt like too much.

But in 2013, the couple decided it was time. Clayre began hormone-replacement therapy. She made an announcement with Lisa on Facebook to all their friends. Some distanced themselves and eventually disappeared from the Sessoms' lives, but overall the response they received was positive.

The news shocked Clayre's parents. Her mother, Charlotte, acknowledges that she and her husband initially shed some tears of grief, overwhelmed by the fact "that things were so different than we thought they were." But Charlotte and her husband were relieved to hear that Clayre and Lisa were not splitting up because of the transition. Lisa identified as bisexual when she first met Clayre, so the idea of her husband some day becoming her wife had never scared her.

Outside the Sessoms household has been a different story for Clayre.

Walking her daughter to school each morning, Clayre frequently has negative comments directed at her – everything from "sicko" to "faggot" to being deliberately called "dude."

When these moments occur in front of Li, Clayre sits down with her and explains why saying those things is wrong. The comments make Li confused, and she's getting tired of having so many conversations about transphobia and discrimination.

"She's sort of done talking about it," Clayre says.

In October, Clayre underwent vaginoplasty – the removal of male genitalia and the creation of a vagina. Gender surgery below the waist is typically referred to as "bottom surgery" or "lower surgery."

For people in British Columbia, lower surgeries are covered by the province's medical services plan (MSP) but the only place in Canada where they are performed is at a private clinic in Montreal.

Clayre was approved for provincial funding for her surgery in Montreal. The MSP only pays for the operation, so Clayre and Lisa had to cover the travel costs themselves.

"Coming out and doing hormones, I thought everything would just magically roll along, but actually it takes a little longer than that. It's a little more work."

Waiting times for these assessments can be more than a year, which is why Clayre paid out of pocket for one from Melady Preece, British Columbia's only approved surgical assessor, working through her own private practice.

Some of the factors Dr. Preece considers when assessing patients' social history include whether they have lived openly for at least one year in the gender role with which they identify, and if they have a support network, like Clayre does with her family.

"My family has given me the time and the space and the support needed to go to Montreal, to have the surgery, to fly home safely and, most importantly, to recover day after day," Clayre says.

The recovery process hasn't been easy so far, which Clayre says has been more time consuming and exhausting than she anticipated. She's also been surprised by what she describes as "little knowledge or support from B.C. health care" in terms of postoperative care.

"One doctor tells me I'm fine. Another doctor asks me if they put my balls in a jar," she says.

Clayre doesn't know how she would do without help from her wife, parents and daughter.

"My kid has kept me engaged, entertained and even laughing throughout this [process]," she says.

Li was five years old when Clayre came out and was completely nonplussed by the change. It's the same two years later. Li is more interested in showing off her new pet cat or her crafts made from elastic bands than talking about when her dad became her mom.

Still, questions do come up.

"When's your voice going to change? Because when you talk, you sound like a dad," she asked once. Clayre's response was that it just takes time.

Because being transgender means different things to different people, there's no single answer as to when a person's transition "finishes."

"When will it all be done?" Li has asked.

Clayre laughs at the memory.

"That's a reflection of society, right? 'When are you going to be finished? When can I stop this trying to figure out your pronouns?'"

Read-Mercer scholarships, established four years ago, are awarded annually to four Langara students to produce major works of journalism. The Globe and Mail has published the projects of two of the winners. James Goldie's series on gender transitioning runs this week. Mary Beach's work on learning disabilities can be found here. 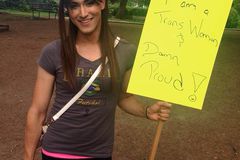 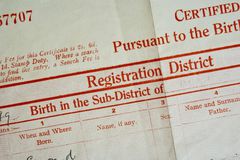