On Vancouver's idyllic seawall, everybody hates somebody.

For Nathan Brophy, it's the Lance Armstrong wannabes – the skin-suit-clad cyclists who weave through the crowd faster than rational reason necessitates, their bike bells signalling a needlessly urgent approach. "On your left!"

It's also the overly competitive runners who are threatened by anyone who gains on them, shoulder checking and speeding up should others near.

"Once you pass them, it is on – a personal attack translated with a full-on, wobbly sprint," said Mr. Brophy, an online marketing professional who traverses the seawall almost daily in the summer.

"It's funny to see someone struggle so hard with their pride that they will destroy their body. You see the pain kick in as they stretch their heads back toward the sky, as if they're saying, 'Oh God, make it stop.' They can't keep up at this pace, and then the awkward dance repeats when I start to catch up again."

Mr. Brophy is hardly alone in his seething. Since rainclouds gave way to summer sunshine, cyclists, pedestrians, in-line skaters and skateboarders have hit Vancouver's scenic, 22-kilometre waterfront pathway in droves. From the congested arteries, where gridlock and near-misses are common on busy weekends, emerges a tacit truth about the politics of the seawall: Everybody here hates somebody.

The city of Vancouver gathered its most recent statistics on seawall traffic last summer as part of its Stanley Park Cycling Plan. From Aug. 4 to Sept. 5, the city's engineering department counted an average of 3,900 cyclists per day at the English Bay entrance to the park. On a sunny weekend day, the figure can top 6,000.

Lorne Milne, an in-line skating instructor and founder of the local volunteer In-line Skate Patrol, said, overall, seawall courtesy appears to have increased with activity over the years.

"However, that doesn't mean we don't get some pedestrians coming in, marvelling at the wonders of the mountains, looking up at the sky and meandering all over the place," he said.

"It's just plain dangerous," she said. "Stay in your appropriate lanes, people!"

Beth Doty, a visitor from Austin, Texas, biked the seawall with her husband earlier this week. While the couple said it was leaps and bounds better than bike paths at home, Ms. Doty did encounter what she called "oblivious bikers."

"I just had a slight irritation: There was a group of other bikers, and instead of them going off to the side, they just stopped, right on the path," said Ms. Doty, who had pulled over onto the grass to review a tourist map. "It's a two-way [path], so you've got to stop quickly behind them."

For others, such as runner Erin McInnis, the worst perpetrators are those who link arms, hold hands, or walk shoulder to shoulder, like a riot squad corralling those who dare try to breeze effortlessly along the pathway.

"My biggest seawall pet peeve is when people – it could be couples, families, or groups of friends – spread out and take up too much space," she said. "They fill up the entire path and block anyone else from easily passing."

Four-legged friends can be another sore spot, as an unleashed dog can pose a safety hazard when sharing a path with cyclists, skaters and other fast-moving wheeled things.

"I hate it when I'm on the seawall skateboarding or biking and an unleashed dog gets in my way," Aaron Joseph said in an impassioned rant. "Then I almost hit it and the owner makes it like it's my fault. The path is for walking or cycling, not for walking your dog unleashed. I hate them."

Leashed dogs can be a problem, too: An extended leash, for example, can obstruct a pathway, much like the Red Rover pedestrians.

"I was taken out once by a trip-wire dog leash on my Rollerblades," said Ms. Reid. "I still have the road-rash scar on my knee."

A few changes are on the horizon. With the Stanley Park Cycling Plan, the park board is eyeing the addition of more routes and connections in hopes of improving the 8.8 kilometres of bike paths around the park and reducing conflicts between user groups. It is also reconsidering the current one-way bike system, which limits the path's usefulness as a transportation option and can encourage wrong-way cycling, according to a draft report released in February. More signs and the removal of some park benches or trash cans at pinch points could also help, the report stated.

Staff are now reviewing consultants' recommendations and will report to the board in the fall, said Alan Duncan, an environmental planner for the city.

In the meantime, cyclist Justin Heyes-Jones, who says he doesn't understand the cyclist-pedestrian friction, offers some sage advice: "Take a chill pill and enjoy your ride." 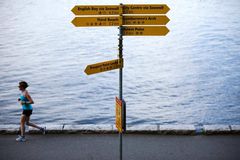 How hard-core weather hobbyists shape the daily forecast
May 1, 2018 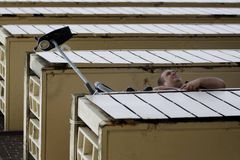