Nine students with no apparent source of income bought $57-million worth of single-family homes in Vancouver's tony Point Grey neighbourhood over the past two years, according to records compiled by British Columbia's Opposition New Democrats.

The NDP said the purchases are more evidence that authorities have let the region's housing market overheat beyond the reach of most locals.

The properties include a $31-million mansion that Canaccord Genuity founder Peter Brown sold earlier this year to a buyer whose occupation was listed on the title document as "student."

Four of the sales to student buyers were covered by mortgages from three major banks – a fact that underscores how Canada's banks are inflating the region's housing market, said NDP housing critic David Eby, who provided data from his provincial riding.

RELATED: Vancouver's vacancy tax will rely on owners to declare if homes are empty

"How did the students qualify for mortgages? Where did that money come from?" Mr. Eby said at a news conference on Wednesday at which he handed out photos of the homes that included the address and the purchase price.

He said this very small sample size of data he has collected offers a snapshot of problems that are likely plaguing the region's wider housing supply.

"If this work were expanded or done in a systematic way by an academic – or a provincial government – it could raise serious questions about the implications of this bank policy of lending to people with no apparent source of income across Metro Vancouver."

Mr. Eby said he obtained the title documents of the nine homes after reading about a Globe and Mail investigation that found Canadian banks allow foreign clients with no credit history, including students, to qualify for uninsured mortgages without verifying the sources of their income. The practice exempts non-Canadians who have money in the bank from the scrutiny domestic borrowers face when buying a home or an investment property.

Late last year, Mr. Eby and Andy Yan, acting director of Simon Fraser University's City Program, released an analysis of 172 transactions in three expensive Vancouver neighbourhoods during a six-month period ending last year. That study – which ignited controversy for screening buyers for non-anglicized Chinese names – showed almost a third of all occupations listed on titles held by a single owner was homemaker, followed by business people at 18 per cent and students at 6 per cent.

Mr. Eby said he had no way of knowing if the nine students whose real estate data he released were foreign speculators because citizenship is not included on land-title documents. But he said The Globe's investigation "explained the rapid inflation in real estate values over the last two years, where people have functionally accessed almost unlimited capital as long as they have a down payment."

The federal regulator of financial institutions warned the banks this summer that income verification is lacking for non-Canadian clients and urged them to be more thorough.

Jean-Yves Duclos, the federal minister responsible for housing, said on Wednesday that his government is reviewing this and other issues brought up in another Globe investigation on allegations that speculators avoided taxes in Metro Vancouver's real estate market.

"We are clearly concerned by the fact that there may be ways in which Canadians are not being treated equally in having access to the housing market," Mr. Duclos told reporters in Vancouver.

Mr. Eby said the provincial Liberal government should immediately review all residential transactions across Metro Vancouver over the past two years to identify how widespread these mortgages are and give qualified academics access to land-title and foreign-buyer data so they can identify trends.

B.C. Finance Minister Mike de Jong was unavailable on Wednesday, but an open-data project on foreign investment in local real estate will be released this fall, his spokesman said in an e-mailed statement.

He added that the Conference Board of Canada is expected to complete another taxpayer-funded study of Metro Vancouver's superheated market before the end of the year.

The spokesman said the province's financial-services regulator is focusing heavily on ensuring that B.C.'s credit unions are verifying that mortgage recipients have enough income to repay their loans. Still, he said, these credit unions "are not significantly involved in foreign buyer financing programs." 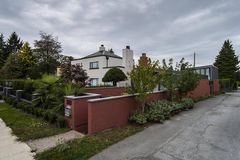 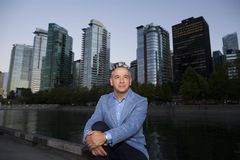