The new town of Jumbo has a mayor and council that nobody voted for – because there is nobody living there yet, except for the grizzly bears.

But beneath a series of jagged peaks from which five glaciers hang, British Columbia's newest town will one day grow to have hotels, ski lifts, restaurants, homes – and civic elections. Or so it's proponents hope, intent on developing the greatest ski mountain on the planet – 22 years in the making, so far – in the face of fierce opposition from native and environmental groups.

Community, Sport and Cultural Development Minister Bill Bennett announced the creation of Glacier Mountain Resort Municipality on Tuesday, and one of his first acts was to appoint a mayor and two councillors, with no immediate plans for elections. Mr. Bennett, MLA for the East Kootenay region where the resort will be built, said he hopes incorporating the site as a new mountain resort municipality will help push the project forward.

"It can create hundreds and hundreds of jobs … that's why I support this project and I hope it is successful," Mr. Bennett said at a news conference in Victoria.

Opponents aren't convinced. "This decision flies in the face of democratic land-use decisions, overwhelming public opposition, grizzly bear science, first nations spiritual claims and opposition from the Union of BC Municipalities," the environmental group Wildsight said in a statement. The Jumbo Creek Conservation Society accused the government of appointing "a puppet council" and of creating a "banana republic."

The proponents chose the site, 55 kilometres west of Invermere, after an extensive search for the perfect skiing conditions. The mountain, in the Purcell Range, is surrounded by glaciers in an area that consistently gets huge annual snowfalls, far inland from the humid climate of the Pacific Coast. When completed, at an estimated cost of $450-million, it is expected to be the only year-round ski resort in North America – and benefit further as skiing conditions deteriorate in more temperate climates because of global warming.

The mountain resort municipality designation creates a local authority that has the power to issue building permits, create bylaws and oversee implementation of the master development plan. Greg Deck, former mayor of Radium and a Liberal supporter, will serve as Jumbo's first mayor. Nancy Hugunin, a small-business operator, and Stephen Ostrander, a forest management consultant, will serve as councillors.

Mr. Bennett said their job is to look out for the interests of the people who haven't come to live in Jumbo yet. The council will work with the proponent, Glacier Resorts Ltd., and the provincial government in developing a world-class skiing town.

But when the elections will come, he isn't too sure. "Elections will occur once a sufficient, stable, resident population is established in the municipality – and that will be determined on the basis of how quickly the resort develops," Mr. Bennett said.

He said B.C. has done this before, in setting up municipalities for mining towns like Elkford and Tumbler Ridge, which sprang into existence when rich coal deposits were developed. And the approach has been used in resorts too, including in Whistler in 1975, and at Sun Peaks, a ski resort town near Kamloops, in 2010.

It is unusual, however, to have a council before there are any citizens in place. "The choice of this form of government is also about planting a seed now that has the potential to grow over time into a community where people can work and live," Mr. Bennett said. "And if we had chosen to not use this particular governance model, which was requested by local government, the regional district and local taxpayers would have been saddled with years of additional controversy, expense and uncertainty."

But first it has to get built. The proposed ski resort has slowly wound its way through a government approval process, bucking stiff opposition. Moments after Mr. Bennett announced the government's latest step in promoting the resort, critics began sounding off. "To create a town where there are no residents, to appoint a council that may never face election, and do this with no real possibility that a resort will be built is ridiculous," said NDP MLA Norm Macdonald.

The Ktunaxa Nation has an application before the courts, calling for a judicial review of the master development plan. But Mr. Bennett said he is confident that the plan, which was approved earlier this year, will be upheld by the courts. He denied his government is bulldozing opposition.

"This project is very solid," Mr. Bennett said. "I think it has the potential to be a game changer." He said the province is providing $200,000 next year to help the municipal government get set up, and he did not rule our providing more funding in the years ahead.

As for the new mayor and councillors, the term of their appointments is from Feb. 19, 2013 to Nov. 30, 2014 – at which time new appointments may be made if there aren't enough residents to hold a vote. 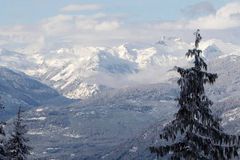 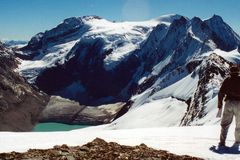 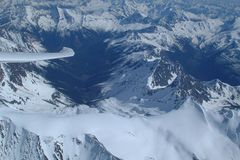