The University of Regina Press says it will not remove the work of a poet from an upcoming anthology of Indigenous writing from Saskatchewan, despite a request from other authors in the collection to do so because of the poet's violent past.

The anthology kisiskâciwan: Indigenous Voices from Where the River Flows Swiftly is to be published next year. It includes a poem by Neal McLeod, who is half Cree and grew up on the James Smith Cree Nation, east of Prince Albert, Sask., and later taught at Trent University in Peterborough, Ont. In 2014, he pleaded guilty to an assault charge, according to the publisher.

An open letter signed by six Indigenous writers states: "We cannot consent to publish our work alongside Neal McLeod, whom to the best of our knowledge has not made amends to those that he has harmed."

One of the signatories, Erica Violet Lee, posted the letter to her Facebook page. After the six signatories, a list of other names is posted "in solidarity," including Alicia Elliott, Zoe Todd, Eden Robinson and Jesse Wente.

"I was excited to be part of the anthology, because I love where I'm from and I love Saskatchewan and I think we have so many unique voices that are underappreciated," Ms. Lee told The Globe and Mail. "But it was worth it for me to take my writing out of this, because I'm tired of the excuse that we should somehow separate a person's actions from their work."

In the preface to Dr. McLeod's upcoming poetry publication, the book of ayâs – also being published by the University of Regina Press – the author acknowledges that he has committed violence against "both men and women, including those close to me," and says he feels great remorse. He says writing the book is part of his journey to put an end to the violence and to choose a different way to live in the world. (The book was to be published this fall, but the date has been moved back, in part because of this controversy.)

University of Regina Press director and publisher Bruce Walsh says he understands the concerns raised in the letter, but will not remove Dr. McLeod's work from the collection.

"My responsibility as a university press is to maintain academic freedom; it is our No. 1 principle," Mr. Walsh told The Globe and Mail from Germany, where he is attending the Frankfurt Book Fair. "[When I saw the letter,] I thought, 'Wow, this is not going to go well, because there's going to be consequences for leaving him in and there's going to be consequences if we take him out.'"

Mr. Walsh says the letter has caused much soul-searching and discussions have been held with authors, scholars and community members about the request to remove Dr. McLeod's work. Instead of doing that, the press offered more space in the anthology to Ms. Lee and the other signatories highlighting their voices and the issue of violence against women.

Ms. Lee, an urban Cree from inner-city Saskatoon, says she was told she could edit her work to add something about violence against women. "I thought, that's so abstract and ambiguous and I don't want to do that. And also, why should I have to edit my work to always respond to that violence as well? My work can stand as it is."

When the group said no, the press offered to publish an anthology devoted to their writing, which they declined.

"I take this seriously," Mr. Walsh says. "She's not wrong. But I can't deliver on her solution. If we pull him out under pressure, then it therefore becomes censorship." He says that would violate the academic freedom of the anthology's editor, Jesse Archibald-Barber, associate professor of Indigenous literature at First Nations University.

Mr. Walsh says the press is committed to telling Indigenous stories through an Indigenous lens and will establish an Indigenous advisory board for guidance on this and other issues.

He says when he arrived in Regina in 2013 to run the press – which specializes in topics that include aboriginal issues – he was told to listen to the elders. And that's what he's doing with Dr. McLeod, he says. "It was really an elder who said to me: Don't give up on him. Don't give up on these men who have been so damaged by colonialism."

In an additional statement e-mailed to The Globe, Mr. Walsh writes: "I firmly believe that there can be redemption for these men. Writing can provide a means to promote healing for people like Neal, who have suffered the impact of colonialism and intergenerational trauma."

He later adds: "Walking with a man on his path towards healing does not mean abandoning the needs of women."

To that, Ms. Lee told The Globe: "Holding someone accountable for harm they're causing to your community is not the same thing as throwing them away. It's the opposite. And it's done as an act of love for our community."

According to Mr. Walsh, Dr. McLeod resigned from Trent, where he was associate professor in Indigenous Studies, after the criminal case, and returned to his home reserve, where he teaches Cree, writes and edits.

The open letter asks that the anthology honour "the experiences of Indigenous women and abuse survivors" by removing Dr. McLeod's work. And it also asks the publisher and other institutions to "recognize the life-saving necessity of supporting Indigenous women, girls and Two-Spirit people who name abuse and abusers.

"We believe we must question, disrupt and abolish systems of misogyny and patriarchy, in order to be free to direct our energy and work towards a place of thriving for Indigenous women and Two-Spirit folks," the letter reads.

"The women who signed the letter together, we realized that we've all been in this situation together so many times with men who haven't done the necessary work to repair harmed relationships as a result of violence," Ms. Lee said. "… We're so often told as Indigenous women not to talk about violence in our communities because we know that it can so easily be weaponized by the state against us. Folks already think of Indigenous men as violent and irresponsible. So the answer to that is not to completely shut up about violence. It's to say that, yes, this happens in our community, just like every other community, but we've been told too long to stay silent."

Mr. Walsh says pulling their work out of the anthology, which is to be published in May, 2018, is "a big price" for the six authors.

But, in addition to the censorship issue, he thinks it would be a huge oversight to exclude Dr. McLeod – who is an accomplished and award-winning poet. "His contribution is really quite vast and really significant just in terms of the critical response. He's quite brilliant. It's such a shame that he has been so damaged. He is doing the work; I do know that."

"This is a serious, serious thing and it has real consequences for the press. We have worked so hard to try to do the right thing and this is just how life has unfolded."

The Globe has been unable to reach Dr. McLeod.

‘I apologize to Margaret Atwood’: Kazuo Ishiguro on winning the Nobel Prize for Literature
October 5, 2017
Leonard Cohen’s final book of poetry to be published October 2018
October 6, 2017 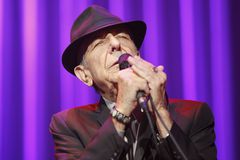 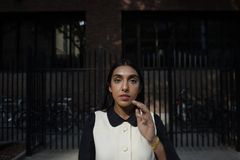