Inside the Infrastructure Minister's office, aides are fielding calls from all corners of the country about the Trudeau government's $60-billion infrastructure plan.

John Brodhead, chief of staff to Infrastructure Minister Amarjeet Sohi, is the key point-person supporting the minister's efforts to fill long-term infrastructure gaps and, in the short term, help get some people back to work, especially in the recession-hit provinces of Alberta and Newfoundland and Labrador.

The projects run from short-term infrastructure repairs such as upgrades to waste-water systems to long-term builds such as new urban transit systems. Mr. Brodhead has staffed up regional desks to respond to mayors, community leaders and MPs from across the country who want to know how the multibillion-dollar program will work.

After spending about the past 10 years in Toronto, Mr. Brodhead, 38, has returned to his home of the Ottawa region, and has a lot to discuss with his minister, an Edmonton MP. They both have big ideas for cities. Mr. Sohi, a former bus driver for the City of Edmonton and later a municipal councillor there, has plenty of input from the municipal perspective. Mr. Brodhead was the executive director of green-cities environmental group Evergreen CityWorks before joining the Trudeau government last October.

Mr. Sohi, who wants a long-term infrastructure plan in place before the next federal budget, appears to be carrying the very centrepiece of the Liberal's 2016 plan for an "innovative and clean economy." While Mr. Sohi and his most senior aide are considering "shovel ready" projects that will provide some short-term stimulus, they're also talking about "shovel worthy" ones that consider the future of cities, said a person familiar with the file.

The work ahead involves more than dishing out billions in project funding and creating jobs. Mr. Sohi's office is leading decisions to address long-term infrastructure needs worth about $120-billion, according to an estimate by the Federation of Canadian Municipalities (FCM). That involves big thinking about population growth, public and active transportation, and how major innovations such as automated cars and the sharing economy might affect Canada's swelling cities.

"John is a very progressive thinker, so he looks for the necessary innovation and is unafraid to try new ideas," said Geoff Cape, the founder and head of Evergreen who had hired Mr. Brodhead. "There's ubiquitous opportunities around sharing, and the sharing economy."

Mr. Brodhead is in almost constant contact with mayors' chiefs of staff and is having regular conversations with the provinces and territories. Helping him respond to calls from across the country are special assistants working on regional desks: Katherine O'Halloran on the Atlantic desk; Gurpreet Vinning on the Western desk; Maya Borgenicht on the Ontario desk; and Marie-Pascale Des Rosiers on Quebec.

The chief of staff works closely with other political staff, including Mike McNair, the director of policy for Prime Minister Justin Trudeau, and other cabinet chiefs of staff, especially those for ministers sitting on Mr. Trudeau's 13-member Inclusive Growth cabinet committee, chaired by Health Minister Jane Philpott.

Mr. Brodhead is close to Gerald Butts, Prime Minister Justin Trudeau's principal secretary, having worked for Mr. Butts in the Ontario Premier's Office under Dalton McGuinty. They both have environmentalist work credentials, with the Prime Minister's principal secretary having headed conservation group World Wildlife Fund Canada. Earlier in his career, Mr. Brodhead worked as a cabinet staffer under the Paul Martin government.

A more immediate question for Mr. Sohi's office has been "unsexy" infrastructure projects that can create jobs, as Mr. Trudeau explained before the budget. Any day now, the provinces will be inking agreements with the federal government that will lay out the criteria for access to the new plan – which has been criticized for being back-loaded with $60-billion in new funding over 10 years but only $11.9-billion available in phase one.

"The kind of projects that get people actually working most quickly tend to be the road and highway type projects. The others are more complex and they take more planning, but that also creates jobs – architects, engineers and so on," said Brian Mason, the Alberta Infrastructure Minister, whose provincial government is also funding infrastructure and is hoping to create 100,000 private-sector jobs over three years.

Until the new money starts flowing, the former the Conservative government's infrastructure program still has billions of dollars available, from which the Liberals are fast-tracking up to $700-million for Alberta. They've also expanded the previous application-based program to cover tourism, recreation, culture, ferry services and municipal buildings.

The FCM, which had run a campaign last year calling on political leaders for major infrastructure investments, says the federal budget's spending on social housing will create work on roof repairs, the replacement of boilers and the complete redevelopment of other sites. The group also says there's an urgent need for work on transit infrastructure, such as road and guideway repairs, fleet servicing and repair and transit station upgrades.

St. John's, as well as Vancouver and Victoria, are undertaking major waste-water upgrades that should create jobs, and the Calgary Ring Road project is expected to be approved soon, taking a $583-million federal contribution.

Longer term, provinces and municipalities will be looking to tap into the phase-one funds for money to plan projects that could start in phase two. Some cities will look at major public-transit expansions, perhaps rail links to airports. Last year's Liberal campaign platform pledged support for specific public-transit projects, such as bringing light rail to Surrey, B.C.

For Mr. Sohi's office, the immediate priority is signing provincial agreements so that the provinces can submit new lists of projects. Evergreen's Mr. Cape said he hopes the agreements are based on principles, as opposed to specific conditions such as identifying minimum density numbers for developments.

"They're different in every city," he said. "Government often falls into the trap of being prescriptive with those sorts of stupid details, and it doesn't actually help anybody." 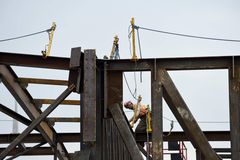 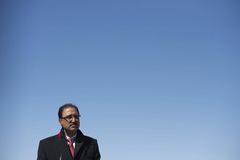 Federal spending surge must be guided by smart planning and execution
March 27, 2016