John Engstrom was sitting in the lunchroom at the Lakeland mill, waiting for a seminar to begin, when a massive explosion blew out the wall to his right and sent an orange fireball toward him so powerful that it twisted the vertebrae in his neck. He followed his instinct and ducked under a table, scorching his lungs in the acrid air, waiting to die.

He survived, but today, 30 months later, Mr. Engstrom is battling to put his life back together. Sitting rigidly at a conference table in Vancouver on Thursday, he shuffled a thick sheaf of papers that chronicle his treatment at the hands of WorkSafe BC – the agency that is supposed to protect workers and care for the injured. After putting him under surveillance, the agency has declared him fit to work and is demanding repayment of benefits.

Mr. Engstrom was losing consciousness from the blast when cries for help from a workmate, trapped under the collapsed wall, brought him back to his feet. He found the edge of the wall, now nearly horizontal, and braced his body to lift the massive weight. "I yelled for God to give me strength." He hauled up the structure, allowing his co-worker to slide out, and the pair joined their crew in a frantic search for a way out of the conflagration. Two men died in the Prince George, B.C., sawmill on the night of April 23, 2012, and dozens were badly injured.

Mr. Engstrom recalls little from his time in hospital immediately after the blast. The doctors found compressed vertebrae, a burst eardrum, swelling on the brain. Deeper problems would emerge later, signs of post-traumatic stress disorder. After 12 years at the Lakeland sawmill, where he enjoyed the physically demanding work at the log bay, he could no longer provide for his family.

The agency's investigations into the explosions failed the workers a second time, when the Criminal Justice branch refused to press charges – because WorkSafe BC inspectors did not identify a fire and explosion hazard, they effectively provided the company's defence.

And now, workers from Lakeland say the agency has failed them again, in providing services to help the injured.

The former Lakeland workers stay in touch with each other, forming their own support group. It was what happened to Mr. Engstrom last January that scared the group more than anything.

Mr. Engstrom was called into a meeting where he learned he had been under video surveillance, which had captured him going out for walks. The agency declared that he was fit to work, and ordered him to repay $24,000 in claims. "I had always been active. I tried to get my life back, and they punished me for that."

But for those who did receive mental-health care, some have been encouraged to return to the mill environment as part of their treatment. "With the support of many dedicated mental health professionals, most of the injured workers from the 2012 mill explosions have recovered and returned to work," the statement said. The agency did not respond to specifics due to privacy laws.

Dave Gurney, a machine operator who was also in the lunchroom at Lakeland when the blast hit, said he was earning half of his salary on employment insurance. With three young children at home, he went to work in another sawmill.

It didn't last. He panicked frequently when the power would flicker out, or a band saw cut loose. He would spend days in a rage when he saw safety concerns, especially with combustible sawdust.

"There were good days, but those bad days …" he said, his voice trailing off. "Things aren't firing in the brain right."

He was hospitalized for a week, and diagnosed with PTSD, clinical depression and anxiety. "My doctor thought maybe sawmills were not the best place for me to be working."

His co-worker, Bruce Germyn, was with him in the lunchroom that day.

Mr. Germyn's face was burned beyond recognition. While he was in the intensive care unit, he recalls Premier Christy Clark visited, put her hand on his shoulder and promised that her government would take care of the injured workers. "Thirty months later, I'm still in limbo," he said bitterly.

He has been fighting for support from WorkSafe BC but says he is being pushed to return to work despite a head injury that has left him with tinnitus and other symptoms.

"We are treated like criminals," Mr. Gurney said. "I have been denied justice and accountability and now treatment."

OPINION
WorkSafeBC needs more clout when it comes to the forest industry
October 19, 2014 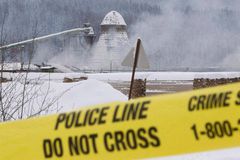 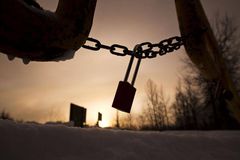 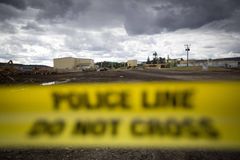 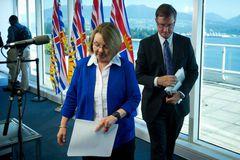 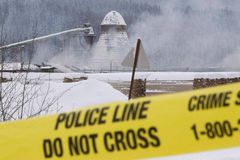 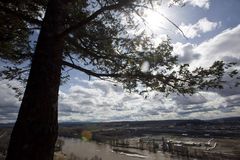 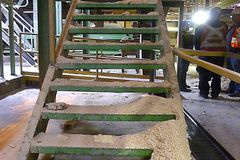