A controversial ocean fertilization experiment off the British Columbia coast highlights the urgent need for a worldwide regulatory regime to consider such experiments on a case-by-case basis, Canada told delegates Monday at a meeting of countries that have signed onto a moratorium.

Sue Milburn-Hopwood, the head of the Canadian delegation at the meeting in London of the United Nations International Maritime Organization, urged delegates to complete the ongoing work toward regulation.

"I believe this fertilization event drives home the importance and the urgent need for the contracting parties to complete the work towards a global, transparent and effective control and regulatory mechanism for ocean fertilization and other activities within the scope of our treaties that have the potential to harm the marine environment," Milburn-Hopwood said on the opening day of the meeting.

Ms, N=Milburn-Hopwood assured international delegates that Ottawa did not authorize a small first nations salmon restoration group to dump iron into the ocean in international waters near Haida Gwaii, off the north coast of B.C.

The Haida Salmon Restoration Corp., with the backing of the village of Old Massett, dumped more than 100 metric tonnes of iron in late July in an attempt to spur salmon returns and profits from carbon capture.

Many scientists around the world have condemned the experiment, which violates several international treaties on ocean dumping and specifically on ocean fertilization.

The theory behind ocean fertilization as a means of carbon capture is that iron causes a phytoplankton bloom, a natural sponge for carbon from the atmosphere. As organisms feed off the plankton and die, they sink to the bottom of the ocean, where the carbon is trapped.

The potential for profitable carbon capture has many supporters but previous, smaller-scale tests found the effect was short-term. Opponents of the practice warn that larger-scale iron dumps could have unknown detrimental effects on ocean ecology.

But proponents say those tests were too small, and a June, 2010, science advisory report by Fisheries and Oceans Canada said future scientific research should be encouraged "to improve our understanding of the ocean's response to nutrient addition."

"Innovative experimentation, limited by strict criteria regulated by a recognized international authority, could advance the sciences of oceanography and biogeochemistry with negligible environmental impact," the report said.

However, the authors suggested experimentation on a smaller scale than was carried out in late July. The report recommended an area not exceeding 300 square kilometres, no more than sixteen tonnes of iron, and effects not exceeding one year.

The Old Massett experiment dumped almost 200 metric tons of iron dust, iron sulfate fertilizer and iron oxide over an area of about one square kilometre, 300 kilometres west of Haida Gwaii. Satellite images suggest the fertilization resulted in a 10,000-square-kilometre plankton bloom, and the Haida Salmon Restoration Corp. will have to wait two years to see if they achieved the desired effect on salmon returns.

A corporation official has declined requests for an interview, saying their intentions have been misinterpreted and news coverage has maligned the small Haida community.

Environment Canada has said it is investigating the incident, and Ms. Milburn-Hopwood told delegates in London that the federal government continues to track the impacts.

Asked about the experiment in the House of Commons, Federal Environment Minister Peter Kent reiterated Monday that his department continues its investigation of this "demonstration of rogue science." 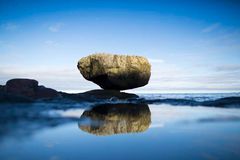 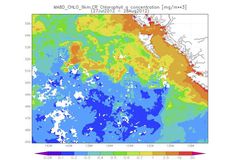