It's hard to imagine that taxpayers in Vancouver haven't tired of the petty tone and the dismal quality of the debate surrounding the Olympic Village project.

Everyone wants to blame someone else for the mess. Meantime, there is enough blame to be spread far and wide and going back years on city council. But playing this game is pointless. It will not help save one lonely dime for the poor taxpayers of Vancouver, who stand to lose hundreds of millions of dollars in this fiasco.

To my mind, the only discussion that should be taking place is one around a straightforward question: What can the city do to ensure that as much as possible of its investment in this project is recovered on behalf of its taxpayers?

It was in pursuit of an answer to this question that prominent Vancouver architect and development consultant Michael Geller recently suggested that the social housing component of the project - some 252 units built by the city - might be hurting overall sales.

That those sales have stalled almost completely is no secret. Many of the places are priced at a minimum of $1-million and in many cases go much, much higher. Do people paying $4-million for a condo want to live in a complex that also houses residents who may be recovering drug addicts with associated psychological problems?

That was the essence of the question Mr. Geller posed. He further posited that when you start mixing people from extreme ends of the socioeconomic scale you run into difficulties, especially if you're trying to sell this notion in a high-density condominium complex.

Mr. Geller strongly believes that the city has to do everything possible to make the taxpayers whole again when it comes to the village. He feels the city should sell the units of social housing at market prices and build social housing somewhere else, at a far cheaper cost to taxpayers.

The social housing at the village cost $110-million to build - after going $50-million over budget - and will cost millions more to subsidize, making it arguably the most expensive social housing anywhere in the world.

Unfortunately, like so much of the conversation around the Olympic Village, Mr. Geller's pronouncements immediately became fodder for some ugly partisan politicking.

Mr. Geller, you see, was a candidate for the Non-Partisan Association in the last civic election. And shortly after his admittedly controversial views were made public, he was attacked by another development consultant associated with the current Vision Vancouver government. That person was Jim Green, who ran as mayor for Vision Vancouver in 2005 and lost to the NPA's Sam Sullivan.

In an opinion piece in the Vancouver Sun, Mr. Green effectively characterized Mr. Geller as a narrow-minded bigot who was prejudiced against poor people. It was a scurrilous and completely unjustified attack that ignored a vast body of work that Mr. Geller has amassed over the years on behalf of the very group he is accused of discriminating against - the poor and disadvantaged. (And Mr. Green should do the right thing and apologize).

It is easy to take a view like the one Mr. Geller expressed and twist it in such a way that it makes the person look intolerant and discriminatory while ignoring the relative merit of the opinion being expressed. There are many who believe Mr. Geller's point is valid.

Unfortunately, the opportunity for a serious discussion on the fate of the social housing at the village has likely been lost. The city insists it has crunched the numbers and it just doesn't make sense to sell the non-market units. There are also concerns that if the city dumps them, it will hurt the sales of the other condos the developer is trying to unload. Also, the city says it doesn't want to break the promise that was made years ago to have a social housing component at the village.

That, of course, was long before it looked like taxpayers were going to take a financial bath of epic proportions.

It's hard to argue against social housing. It should be a priority of any just, modern-thinking civic government. Socially mixed communities are a worthwhile model when done right - something in which Mr. Geller also believes.

But if selling the social housing at the Olympic Village would help recoup some of the millions taxpayers are going to lose in this deal, then the city should do it. The city's first obligation is to the taxpayer.

If selling the units would not help the bottom line, then the city should explain to taxpayers how it arrived at that conclusion. Because I'm not sure I understand. 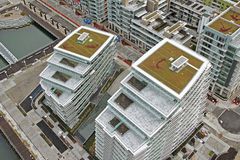