Some words about Jim Green, the best mayor Vancouver never had, who is in tough with the dreaded big C.

Mr. Green has always dreamed big for this city. And, unlike soap-box visionaries, he's had the drive, smarts and clout to turn his ideas into reality. He lives in the real world, where the point is to make society better by getting things done.

He's that rarity of dreamer – a doer.

Scratch almost any worthy initiative on the Downtown Eastside, and you'll find Jim Green was there at the beginning.

The long list includes: more than a thousand units of social housing, BladeRunners, United We Can, the University of B.C.'s pioneering program to bring university courses to residents of the DTES, the Portland Hotel Society, and of course, most recently, the salvation and dramatic transformation of the old Woodward's Building into an urban marvel.

Walking around the Downtown Eastside with Mr. Green was a treat. Everyone on those rough, hardscrabble streets had a greeting. Most smiled, some snarled. But they all knew him, and he knew them, their names, their histories – Main-streeting at its most colourful.

Mr. Green is not charm personified. He can bruise feelings. Not everyone on the small, tough turf of the DTES is a fan. Yet few would deny his heartfelt desire for social change, to make Vancouver a more decent place to live.

He ran and should have been elected mayor in 2005, done in by a reluctance to soften his crusty demeanour during the campaign and the presence of a nuisance candidate on the ballot named James Green, who ended up winning more votes than Sam Sullivan's narrow margin of victory.

When it was clear that he had lost, Jim Green wept. He was not going to lead the city he loves.

Dock worker, author, activist, opera buff, consultant, councillor and wearer of his cherished pork pie hat, he has always sucked up life in great big gulps. I like Jim Green a lot, and now you know why. It's hard to imagine Vancouver without him. Hang in there, pal.

It's long past time to get serious about seniors, and no, I am not yet among them, despite starting out in this crazy business so long ago that linotype machines were considered boffo.

In this blessed province of milk and mead, the care and nurturing of seniors are given exceedingly short shrift.

For proof, look no further than Ombudsperson Kim Carter's exhaustive, scathing critique of B.C.'s home and community care system, and the government's response.

Yes, the promised appointment of a seniors' advocate is a good thing. So is the vow to ease the maze of unhelpful, scattered information that confronts seniors struggling with the most heartbreaking decision of their lives – how and where to live out their remaining years.

But overall, what we got was yet one more example of a low-cost, Band-Aid solution that sounds fine, while providing meagre moolah to really do what's necessary. (See plans to decrease congestion in the courts.)

Indeed, reading the list of accomplishments claimed by the Liberals since they took office in 2001 – helpfully tacked on to the ministry's news release as "Facts on senior care in British Columbia" – one wonders what Ms. Carter could possibly have found amiss in her no-holds-barred report.

Yet look at home care, universally acknowledged as by far the most cost-effective way to keep seniors happy, in their homes and out of expensive hospital beds and residential care.

In B.C., while the population of those over 65 went up nearly 20 per cent between 2002 and 2008, the number receiving home care increased by a paltry 4 per cent. Later figures, albeit incomplete, show the gap is widening even more.

Why is this government so penny-wise and loonie foolish? Almost certainly because money spent now is tangible and savings down the road are not. The obsessive mantra of low taxes and balanced budgets is good on the hustings but a straitjacket for sound social policy.

It doesn't have to be that way.

In Denmark, land of the Great Dane and Jannik Hansen, there is free, publicly funded home care for all seniors who need it. Annual home-care assessments are mandatory for everyone over 75.

An amount equivalent to 1.8 per cent of the country's GDP is spent on nonmedical care for seniors, a figure so far in excess of what B.C. spends that it's hard to measure.

The result? A mere 20 per cent of the funds spent on elderly Danes goes to institutional care. Here, the figure is 80 per cent.

With the woes facing our seniors, so short-changed by government services, the grim musing of one expert at a conference on aging, as she approaches 65, is understandable: "I don't know whether to slit my throat, or move to Denmark."

new
Budget likely to set direction, rather than launch discussion, on pensions
May 3, 2018 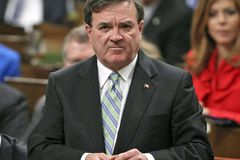 Disturbing report on elder care could make Liberals squirm
May 3, 2018 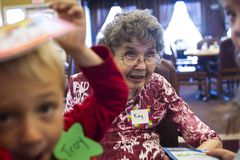