When Joko Widodo won Indonesia's presidential election this summer, the world's attention briefly shifted to the massive archipelago of more than 13,000 islands in Southeast Asia, where 250 million people were about to be led by an inspiring Barack Obama-like figure.

In the months since – between the election and his upcoming inauguration on Oct. 20 – the world looked away, and Indonesia's fledgling democracy was dealt a powerful blow by the entrenched forces many hoped he had vanquished.

Known popularly as Jokowi, Mr. Widodo's triumphant success offered new hope for Indonesia. Now, his struggle to overcome the post-election turmoil will have a defining impact on the direction of the world's third-largest democracy – the most populous Muslim-majority nation on Earth, and a potential regional leader. But unfortunately for him, his country and the region, he is looking less like the Obama of 2008 and more like the Obama we have all come to know – a leader whose aspirational goals became entangled in a frustratingly deadlocked political process.

Originating very far from the Jakarta elite that has ruled Indonesia's young democracy since the fall of the dictator Suharto in 1998, Mr. Widodo's rise was the result of direct elections for regional leaders and mayors that established strong accountability between local candidates and the populations they were elected to serve. Mr. Widodo's victory was particularly hopeful because his main presidential challenger, Prabowo Subianto, was his polar opposite: A former special services general who had married Suharto's daughter and had kidnapped pro-democracy activists. His election would have marked a return to power of Jakarta's elite, a defeat for those who hoped for meaningful economic reforms, and a backtrack into strongman-style politics and nationalist rhetoric. But the man known as Jokowi had won. Hadn't he?

In late September, a parliamentary coalition led by Mr. Subianto's party helped pass a law that would end direct elections of district leaders and mayors in Indonesia. Proponents of the bill called these elections costly and corrupt. But Indonesians – 80 per cent of whom support them – disagreed, protesting fiercely, and the law has been condemned by human rights and anti-corruption groups. In place since 2005, these local elections allowed leaders like Mr. Widodo to build popular support, which in turn allowed them to challenge the political orthodoxy and the elite. Activists now hope to have the law challenged in the Constitutional Court, or have lawmakers amend it. If challenges to the law fail, its passing will install a system whereby these leaders are chosen indirectly by regional parliaments – a move that will shift candidates' sense of accountability from the voters back to their party's elite.

That's bad for the president-elect, but it's also bad for Indonesians, as Mr. Widodo's rise proves.

As mayor of the mid-sized city of Solo and later as governor of Jakarta, Mr. Widodo – a self-made, former furniture-maker – would show up personally in the streets, to convince slum residents to relocate or sometimes just to chat about issues. These impromptu visits – known as blusukan – were a defining aspect of Mr. Widodo's hands-on style. They allowed him and his advisers to get a first-hand glimpse at very real problems, bypass entrenched local interests and find workable solutions. Even as some critics mocked this tactic as image-making, others saw a deeper strategy that could help him navigate Indonesia's alphabet soup of political parties and coalitions and mobilized people to tackle the country's huge national challenges – such as launching universal health care in Jakarta.

The new law would undermine these efforts. Ironically, this deeply unpopular and out-of-touch move by his political enemies may give Mr. Widodo the moral high ground to cobble together a coalition strong enough to defeat it – and help put Indonesia's democracy back on its hopeful path.

Hongkongers in Canada doubt Beijing will be foolhardy
October 7, 2014 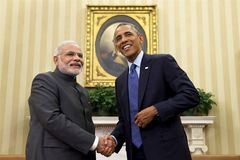 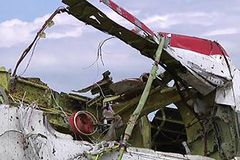