It has been five years since Lenore Skenazy walked away from her child in the handbag section of Bloomingdale's in Manhattan. She left her nine-year-old boy to make his own way home, with only a subway map, a transit pass and a $20 bill, in case of an emergency.

The boy, of course, arrived home safely, and Ms. Skenazy, a newspaper columnist for the now-defunct New York Sun, wrote about it. She was immediately slapped with the title "The Worst Mom in America," which has stuck and which has so far spawned a blog, a book, a show on TLC and a speaking tour.

Knowing that I would be talking with Ms. Skenazy this week, I wondered how far I could let my own kids venture on their own. After all, Vancouver is a much safer city than New York, right? And I surely wouldn't be the first parent to repeat the experiment.

But walking away from them in the middle of the city? I don't have the stomach for that.

So, last weekend, after a day of painting, shadow puppets and a hip-hop dance workshop that I'm not sure really took, we stepped out of Family Fuse at the Vancouver Art Gallery onto Robson Street where I presented the pair (eight and 10 years old) with a $5 bill and asked, "Do you guys think you could make your way home from here? Like, if you had to?"

The deal was that I would be five steps behind them, but wouldn't speak, and in no way would I assist.

They accepted the challenge, pocketed the $5, and after a short debate spotted a map on the corner where they tried to orient themselves.

A moment later they were marching, full of confidence, south on Robson Street across Howe, Granville, then Seymour, not knowing they were moving farther away from the place they wanted to be – the Granville Street SkyTrain Station.

I broke my silence. I told them to stop and look around them. A block to the north, they spotted The Bay and took off toward it, full of new purpose. Knowing that there was a transit station somewhere underneath, they pulled open the heavy, polished doors and searched for a down escalator. Moments later and thoroughly confused by the signage, they were circling the Pacific Centre food court only to come back to the sign that led them there.

Finally, a different sign led them to the SkyTrain level where it took an impossibly long time to find the station itself. At one point they had almost decided to split up – a move, I later told them, that would have been a major mistake.

Once inside, though, and faced with a ticket machine, they poked the screen with short, precise strokes honed through hours of Minecraft, inserted the $5, and retrieved two tickets.

But then, more confusing signs. Eastbound was obvious, but who knew platforms had numbers? They stepped onto the escalator and marveled at the dizzying descent.

Now on the platform, and too close to the yellow line for my comfort, I heard them tell each other: "He wouldn't let us get on the wrong train!"

The daylight of the Stadium station brought with it an audible sigh of relief. And the Broadway/Commercial announcement was, for the first time in history, greeted with applause.

But they weren't out of the woods yet. Having boarded the front of the train, they opted for the closest staircase and ended up on the side of the street not familiar to them.

Remembering what I have told them about the mountains always being north – a frequently repeated piece of fatherly advice, along with "never enter smelly washrooms" – they were able to orient themselves, find a familiar corner, and make their way home.

What struck me about any or all of it?

Lenore Skenazy says when she cut loose her nine-year old and became famous for bad parenting, the people who wanted her arrested for child abuse were sure her son had dodged drug dealers, bullies, child molesters and psychopaths. It was a miracle he wasn't abducted.

Perhaps surprisingly, landing a guest spot on Nancy Grace didn't occur to me during my little experiment. I wasn't worried about predators leaping out of doorways or well-dressed perverts offering my kids candy and a ride. They, of course, know better.

What has stayed with me is their vulnerability in another way. Small bodies stepping out into crosswalks on nothing more than trust, venturing too close to the peril of right-turning trucks and speeding cars, and picking their way through the light between indifferent adults on the sidewalk. I need to teach these kids how to walk through a city. How to navigate, and how to recognize where the real dangers are lurking.

"See that guy turning left? See him texting on his phone? That's what you need to look out for."

Stephen Quinn is the host of the On the Coast on CBC Radio One, 690 AM and 88.1 FM in Vancouver. @cbcstephenquinn

Stephen Quinn is the host of the On the Coast on CBC Radio One, 690 AM and 88.1 FM in Vancouver. @cbcstephenquinn 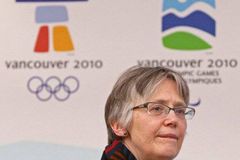 Saving Chinatown, one sausage and pilates pose at a time
February 8, 2013