Scientists who spent five years collecting and analyzing fecal samples from endangered killer whales near Seattle and Victoria found their diet consists almost solely of chinook salmon in the summer, confirming the deep connection between them and salmon fishing's trophy catch.

Scientist Michael Ford of the Seattle-based Northwest Fisheries Sciences Center says DNA analysis of killer whale fecal matter confirmed more than 98 per cent of the July and August diet of the southern resident whales is salmon, particularly the Chinook salmon bound for British Columbia's Fraser River and its tributaries.

Scientists on both sides of the border say the study provides useful information to government officials tasked with managing whale recovery efforts and salmon stocks.

"Increasing salmon abundance is definitely an important component to try and recover the whales," Ford said, adding that one of the goals of these sorts of studies is to get a better understanding of what salmon stocks the whales consume to help target recovery efforts.

There are more than 80 southern resident killer whales in the Pacific Northwest, but the species remains listed as endangered facing triple threats of pollution, noise and food shortages. Since December, 2014, eight new calves have been born to the southern residents, signalling a healthy population, which some suggest is linked to plentiful chinook stocks.

Dr. Ford said it is the first study to thoroughly analyze killer whale diet based on fecal samples. Prior studies that examined the remains of killer whale prey made similar salmon-diet conclusions, but the DNA analysis confirms it completely, he said.

The fecal samples were collected in Canadian and U.S. waters near the San Juan and Gulf Islands over a five-year period from 2006 to 2011, producing almost five million genetic sequences that pointed to a 98-per-cent salmon diet, he said.

Scientists scoured whale feeding areas for fecal remains that float on the water, Dr. Ford said. The scientists also used dogs specially trained to pick up whale-poop scent on the water, he said.

He said the study found killer whales will eat other salmon species in the late summer, but chinook remain their top choice.

Canadian whale scientist John Ford, who is no relation to Michael Ford, said the new study adds more weight to earlier Canadian studies that found chinook are the prey of choice for southern resident killer whales whose survival appears linked to the salmon numbers.

"We've, since the 1990s, had evidence that Chinook is very important to these animals from our work and this recent study really confirms our results that we've developed over the last 15 years that really point to Chinook being so important to these animals," said Dr. John Ford, head of Canada's Department of Fisheries and Oceans (DFO) Cetacean Research Program at Nanaimo, B.C.

"The mortality rates shot up 200 to 300 per cent [of] normal, and that this coincided with a coast-wide decline of chinook salmon abundance," he said. "We reasoned that chinook may well be of primary importance to the survival of these animals."

Earlier DFO studies concluded the southern resident pod consumed up to 1,400 chinook a day during the months of July and August. The total can reach 81,000 for the entire group during those two months.

"The recreational community would agree that there should be steps taken to ensure chinook stocks are healthy for all sorts of reasons, not the least of which would be there are plenty of snacks for orcas," said Owen Bird, executive director of the Sport Fishing Institute of BC. 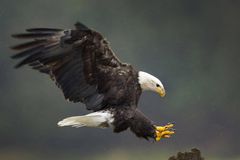