Come September of next year, 22 kindergarteners will abandon their classroom each morning, rain or shine, for a hike into the woods where for the next 2 1/2 hours sticks and stones will replace pencil and paper.

The students, from Sangster Elementary School in the Victoria suburb of Colwood, may well be the first kindergarten class in Canada to spend half of their school day outside in what's being called nature kindergarten.

It's an idea that's spread from Europe to North America, but so far, a concept that's catered to preschoolers who don't follow a set curriculum. But B.C.'s move last year to full-day kindergarten has eased the way for such a pilot project.

Once outside, the five-year-olds will walk on logs, identify plants, visit the lagoon for animal spotting and enjoy story time and songs. Later, the Sangster students will return to their portable classroom for lunch and spend the next couple hours inside.

"This is an opportunity for children to be involved in a rich experience, to learn nature in the public school system," said Enid Elliot, an early childhood researcher who teaches at the University of Victoria's School of Child and Youth Care as well as at Camosun College's Faculty of Education.

"Children aren't getting outdoor experience. Instead, two year olds know how to work an iPad."

Ms. Elliot, with more than 30 years of early childhood education experience in both the U.S. and B.C., has been part of a group working with Frances Krusekopf, the principal of curriculum and programs for the Sooke School District, who planted the nature kindergarten seed in January.

Last year, Ms. Krusekopf's young son attended one of Germany's long-established Waldkindergärten – a forest preschool – while the family was in Munich for three months.

Niko, now 6, loved the 30-minute walk to the forest and the time spent playing with sticks, naming trees and lollygagging along the river, all the while learning science, math, literacy and respect for the environment.

"It was amazing to watch children be in any kind of weather and be completely content," Ms. Krusekopf said. The children were also physically fit, independent and patient, since waiting for slower classmates was routine.

It was a bit of a change from Canada, where childhood obesity is on the rise and hovering parents are too scared to let their children be on their own despite little evidence that it's a more threatening world, Ms. Elliot said.

Eager to see if Waldkindergärten could be transplanted to B.C., Ms. Krusekopf began planning for the nature kindergarten in February. A coup was having Royal Roads University allow the class onto its property, where a forest, lagoon, beach and stream are all in walking distance from Sangster Elementary.

The pilot project has an $80,000 budget for two years, the full amount going to pay the early childhood educator $40,000 per year. The educator is needed to ensure the 22 children stay safe.

With the only weather that would chop forest forays being extreme cold or wind, $3,900 annually ($177 per student) has been budgeted for rain jackets, overall pants, hiking boots and backpacks.

Funding for outdoor clothing will come via grants that will also fund honorariums for native elders who will teach the children traditional native ways.

Michelle Hegge knows about proper clothing. She's the teaching director at Chelsea Co-operative Nursery School in Chelsea, Que., and now into her second year of the school's Outdoor Ed Program where three- to five-year-olds venture out each Friday.

"My biggest problem? Parents that don't have appropriate clothing for their children. When I say wool socks, I mean wool socks," she said.

Ms. Hegge, who has a biology degree and also works as a park naturalist in nearby Gatineau Park, credits outdoor learning guru, Richard Louv and his oft-cited book Last Child in the Woods, as her inspiration for getting children out of the inside.

Ms. Hegge recalled one child who was terrified of trees, who despite living near the forest, had not been in the forest. Another child didn't want to leave the classroom because there were no toys outside.

"We take it for granted that kids would know how to play outside," Ms. Hegge said.

They don't. "Children at younger and younger ages are put in front of screens."

But once her charges got in touch with their squelched imaginations, they learned to make lean-tos, discovered that a stick could be anything, revelled in puddle-splashing, played games wearing snowshoes and managed the fine art of peeing outside.

Another benefit of shifting learning to the outside is that kids who have trouble sitting still manage fine.

"In the outdoors, everyone is happy and gets along. The so-called difficult children are better," Ms. Hegge noted.

Aware that not every child may be suitable for the program, as well as B.C.'s commitment to inclusive instruction, Ms. Krusekopf said it hasn't been determined how Sangster's first class will be chosen. "That's part of the troubleshooting," she said.

A risk-management plan also has to be developed. It will be crucial that the 22 wilderness trekkers don't wander off or get injured while pretending to be Batman.

If the two-year pilot project is successful, it may expand to other school districts and beyond, Ms. Elliot said. 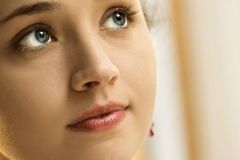