Most university students mark the end of the term by drinking a few beers – not pouring them down the drain.

But for the first graduating class of Kwantlen Polytechnic University's brewing and brewery operations diploma program, instructors were required to destroy the finished product.

"We have to register our products with the liquor distribution branch and that has not been done yet. That's the reason we're not selling any of that beer," said Alek Egi, brewing instructor and program co-ordinator. "Our growler-filling station and draft system was only installed yesterday."

Eventually, though, the school hopes to bottle and sell its brew.

This diploma is the first of its kind in British Columbia and one of only three in Canada.

Large brewing companies typically provide their own internal training, while small-scale brewers have traditionally taught themselves or learned the craft from others.

There were no formal education options available in Canada for craft brewing until 2010 when Niagara College in Ontario launched its Brewmaster and Brewery Operations Management diploma program.

"There really is only a handful of brewing schools in the entire world," said Craig Youdale, dean of the Canadian Food and Wine Institute at Niagara College.

"All over North America I've probably spoken to and hosted visits from maybe 30 different colleges and universities over the last five years, all interested in opening breweries."

During the first year of KPU's program, students develop a knowledge of brewing chemistry, biochemistry and microbiology. In their second year they also take business courses in brewery management and product sales and promotions.

Mr. Egi said the university had originally considered a winery program, but "it actually turned out that there are more opportunities in the brewing and craft brewing industry because it's growing so fast here in B.C."

Ken Beattie, executive director of the BC Craft Brewers Guild, noted the province has close to 100 craft breweries – 23 that opened in 2014 and at least 15 that are opening this year. And he said the popularity of craft beer is not limited to the Lower Mainland.

"Vancouver gets a lot of play because there's so many that have opened in Vancouver," he said. "But there's numerous breweries all over. The upper island is really taking off. Cumberland, Courtenay, Comox. Breweries in Prince Rupert, Invermere, Terrace. I mean, really it's all corners of the province."

Ryan Miller moved from the Northwest Territories specifically to study at KPU. He said craft beer hasn't caught on yet back home, and that B.C. – particularly Vancouver – is the perfect place to get an education in it.

"I can get the most experience, the most hands-on, and then once I get a good grasp … I'll move up north and start my own brewery," he said.

Despite the absence of a brewing diploma program in B.C. until now, many of small breweries are not only surviving – they're expanding.

David Bowkett is co-owner and brewer at Powell Street Craft Brewery in Vancouver. For 10 years he worked as an architectural technologist before turning his hobby – brewing beer at home on his stove – into a business.

"Most of us [craft brewers] are really self-taught. It's reading a lot of information on brewing, style guides, how things go together. You get into the technical aspects as well. We get that education, we just don't get it in an actual brewing college."

In 2012, he and his wife opened their company using what he described as a "home-brew setup on steroids" to produce roughly 2,700 litres per month. Since moving to a larger facility last fall, his company now produces an estimated 54,000 litres per month.

Mr. Bowkett said that though he learned through trial and error, and with advice from more experienced brewers in the city, he still sees the value in KPU's program because of its brew lab component. 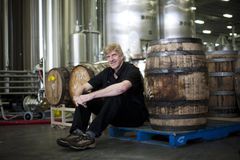 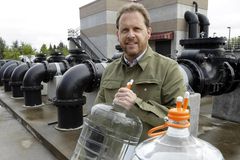 Ontario craft distillers want changes to laws that don’t apply to beer and wine
May 12, 2015 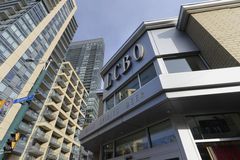