The political fallout from an obscure land-procurement deal in Northern British Columbia has delivered another blow to the already reeling government of Premier Christy Clark.

The Premier this week rebuffed a challenge from within her own party over the government's handling of the ethnic-vote scandal that forced the resignation of her closest confidant and prompted the multiculturalism minister to step down. Now, the Opposition NDP is accusing two of Ms. Clark's cabinet ministers of asking a government-created trust to lend funds to a B.C. Liberal Party insider for the purchase of land that would be used as the site of a major government building project.

The NDP brandished a letter in the legislature Wednesday, purportedly authored by the head of the Northern Development Initiative Trust. It says the fund issued a loan to a company controlled by a Prince George businessman "at the request of the two local Ministers of the Crown and the interests expressed by the Mayor and Council of the City of Prince George."

The two local ministers referred to in the letter are Pat Bell and Shirley Bond, both MLAs with ridings in Prince George, and key members of Ms. Clark's cabinet.

The Globe and Mail has obtained the letter the NDP tabled in the legislature, from two separate sources, but could not verify its authenticity. Janine North, the chief executive officer of NDIT, refused repeated interview requests.

Another version of the letter, obtained through a freedom of information request, omits the section about the loan being made at the request of the two local ministers. That second version added a sentence that reads; "We do not have a role in negotiating on behalf of the Crown, the city, or UNBC with Dan McLaren, the private developer, and we do not wish to undertake that role."

While the authenticity of the letters remains unproven, the soured land deal in Prince George where the government has long-promised the construction of a multi-storey wooden office tower, and what role Mr. Bell and Ms. Bond might have played in the land acquisition and procurement process, is raising more questions about the ethics of the beleaguered party. B.C. voters will go to the polls May 14 and the Liberals, dogged by a series of scandals, are trailing the NDP.

John Horgan, the NDP House Leader, called on the government to launch an investigation into the matter.

"We tabled a document today that demonstrates that two powerful individuals in Prince George, Minister Bond and Minister Bell, requested that the Northern Development Initiative Trust provide a loan guarantee, and then subsequently a mortgage, to private individuals to assemble land for a project that … had not yet received treasury board approval," he told reporters outside the legislature.

"It seems to me that is a sufficient test for an independent investigation."

The letters were both dated March, 8, 2010. At the time, Prince George businessman Dan McLaren and his company, Commonwealth Campus Corp., had recently acquired the lands, the former site of the Prince George Hotel, referred to in the document. Mr. McLaren and another local businessman named Brian Fehr, who both have ties to the B.C. Liberal Party, have claimed that Mr. Bell promised them they would be shortlisted for the government contract for the Wood Innovation and Design Centre (WIDC) project, which was first announced in the Speech from the Throne in 2009.

They were not and Mr. McLaren's loan from NDIT is now in foreclosure.

The fact that one version of the letter states the ministers personally requested the $8.9-million loan be made by NDIT, a trust that is mandated to promote infrastructure development in Northern B.C. and operate at arms-length from the government, stands in sharp contrast to assertions made by Mr. Bell and Ms. Bond that they had no oversight or role in the WIDC land acquisition and procurement process.

Mr. Bell, speaking outside the legislature, denied that he acted inappropriately.

"These are allegations that are unfounded," he said, adding that he hadn't seen the letter in question. While he regularly advises the NDIT on areas or initiatives that he thinks may be worth pursuing, Mr. Bell said MLAs do not make funding decisions for the trust.

"They are absolutely independent," he said.

In an interview Wednesday, Ms. Bond insisted that neither she nor Mr. Bell had any role in the loan process.

"That letter simply says we provided input along with the mayor and the city council," she said.

Ms. Clark, speaking to reporters outside the legislature Wednesday, said she is standing behind her cabinet ministers, including Mr. Bell.

"What he denied is that he has done anything wrong. And that remains absolutely true," she said, adding that there is no evidence to show the process was conducted unfairly. 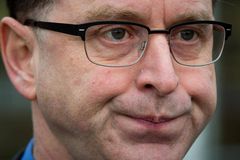 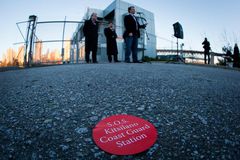 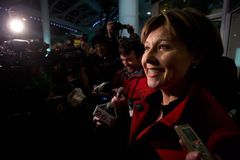 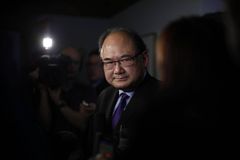 When it comes to the budget process, Ottawa keeps getting it wrong
March 6, 2013 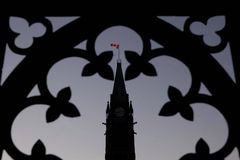 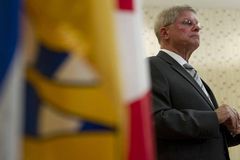 Follow Justine Hunter and Andy Hoffman on Twitter @justine_hunter @iamandyhoffman
Report an error Editorial code of conduct
Due to technical reasons, we have temporarily removed commenting from our articles. We hope to have this fixed soon. Thank you for your patience. If you are looking to give feedback on our new site, please send it along to feedback@globeandmail.com. If you want to write a letter to the editor, please forward to letters@globeandmail.com.
Comments