Thirtysomething condo owner Shara Bruce says that despite her relatively high-paying job, she still couldn't afford to buy the condo she owns in the Woodward's building.

That's why Ms. Bruce's mother made the down payment.

"There's no way I could save that kind of money for a down payment living in Vancouver," she explains. "And I don't make a small amount of money. I make a fairly good salary as a construction contractor.

"I can totally pay her back, or it can be part of my inheritance."

Her mother, Ruby Bruce, says she also paid her other daughter's down payment on a Vancouver condo.

"It's tough for them to get the money together," said the elder Ms. Bruce. "The other daughter paid me back when her place sold."

Ms. Bruce's mother is part of a demographic that has done better than most in terms of real estate, which is why marketers like Bob Rennie are looking to her age group for future sales. Ruby Bruce bought her Vancouver home more than 36 years ago for $54,900, and today it is worth $750,000. Because parents have clear title to their homes, they can borrow against that equity or use their retirement savings to help their kids.

Mr. Rennie says Vancouverites between 55 and 74 years old have clear title to $88-billion worth of homes, according to new statistics supplied to him by Landcor and Urban Futures. And signs indicate that some are selling and moving to smaller places, and, instead of spending or investing the extra cash in an uncertain market, using it to get their children and grandchildren into the city's pricey real estate market, which they regard as a safe place to put it.

"I believe that the baby boomer is now so risk averse that they are taking their money off the table and consolidating, and the first-time buyer is a benefactor of this aging demographic," Mr. Rennie told a sold-out audience at the Urban Development Institute's annual general meeting last week.

Mr. Rennie forecasts that the wealthy demographic will continue to transfer its equity to the younger generation, and "buy down" while maintaining their lifestyle.

"I believe that this room's success will be to understand what this risk averse, buy-down baby boomer will buy next," he told the audience of developers, marketers and industry players.

"The important thing is that they are trying to protect the money they have rather than risk more," he said later. "Their pension funds and opportunities are becoming capped. This risk-averse baby boomer means that money is going to be freed up."

"Vancouver is extremely expensive, so most young people buying are doing so with assistance from their parents," Mr. McCredie said. "A lot of companies, like ours, are advising baby boomers to set up a succession plan, and part of that includes saying to your kids, 'We don't want to waste our inheritance, so you buy real estate with it.'

"We see it in a significant way with Mainland Chinese families who may have immigrated here and bought assets here. They are buying real estate for their children."

Mr. Rennie commissioned the study after he discovered a large number of first-time buyers of his Marine Gateway condo project at Marine Drive and Cambie received their down payments from parents and grandparents. He asked Landcor and Urban Futures to find out how many clear-title homes in Vancouver that particular age group owned. And he discovered they were transferring a startling cache of equity to their children.

Victoria-based homeowner Gail Argatoff says she and her husband recently bought a condo in Kitsilano for their daughter and son-in-law.

"We got them a condo and they are going to work on paying us back when she finishes law school," Ms. Argatoff said. "Instead of them paying rent, they are gradually paying us. … We have another daughter and we'd like to do the same for her one day because she's single.

"Since it's our retirement money that we are using, it is a stretch. But I just don't see how they could afford to buy a place. I don't see how affordable the city will be for the future generation."

Robert MacKay, senior marketing and communications manager for PricewaterhouseCoopers, says he plans to buy a two-bedroom condo in North Vancouver for his three children.

"It's using the equity out of the family home to buy the condo and they can pay rent to cover the mortgage, and then they have something. It's just a matter of letting them stay in town so they can go to university and whatnot."

Mr. MacKay says he and his wife will also be the recipients of an equity transfer in the form of inheritance.

"We don't like to think about it that way, but [our parents]are not going to be on their own for very much longer."

That $88-billion statistic represents 113 primary dwellings with an average value of $777,000. It is a 33-per-cent increase since 2006, when the average home value was $586,000 with a total worth of $66-billion for the demographic. As well, the 45- to 54-year-old group owns $36-billion in clear title primary dwellings. Those stats were also provided by Urban Futures and Landcor.

"There are still a lot of people my age who don't own a huge chunk of real estate.

"I think [unaffordability]is a very significant issue," Mr. MacKay said. "So be nice to your parents," he added, laughing.

Pamela Anderson sticking her toe into green condo project in Ladysmith
May 30, 2012 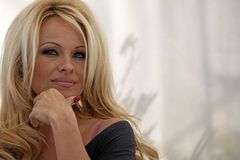 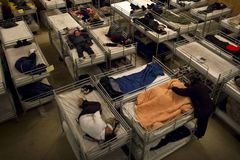 Cooler housing market no catastrophe
May 19, 2012 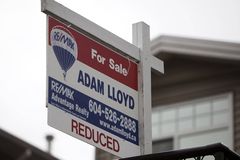 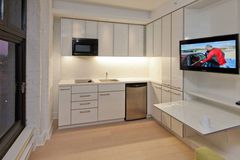 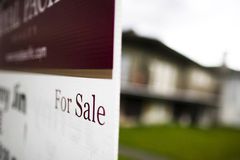