The candidate with the best chance of unseating Mayor Gregor Robertson planted his flag firmly on the opposing side on two of the city's biggest issues, saying Vancouver should be a proud host to resource companies and that it should get rid of the mayor's failed housing policies.

That announcement by Non-Partisan Association mayoral candidate Kirk LaPointe arrived just a month before the civic election. The mayor has already promised to continue pushing for more rental, family, and subsidized housing, as well as repeatedly positioning himself as a vocal opponent to expansion of the Kinder Morgan oil pipeline.

Mr. LaPointe, heading the NPA's third effort of the decade to win back control of city hall, staged his news conference next to the city's port Tuesday, saying Vancouver needs resource-related jobs so that people can start earning enough to buy housing in this expensive city.

Mr. Robertson said the platform had no numbers in it, just a vague promise to talk to people and let the market create supply. He contrasted it with efforts by his Vision Vancouver party, which include goals for social housing and a promise to use city land for low-cost housing projects.

Ms. Carr called Mr. LaPointe's language "code for supporting Kinder Morgan and the coal and gas sectors" and that his solutions for housing were mostly "thin."

Ms. Wong also called it "watered down," saying her party is ready to take action on the issue of properties left vacant by investors immediately by charging a tax that would generate money for social housing.

Mr. LaPointe told his news conference Tuesday that Mr. Robertson is "ashamed of this economy."

"Responsible resource development is the cornerstone of our economy. You need not choose between a great environment and a great economy. You can have both," Mr. LaPointe said. "The NPA wants Vancouver to host the regional offices of future LNG developments."

Mr. LaPointe's stand is sure to win support from the Vancouver Board of Trade, which released a survey Tuesday showing that two-thirds of the 210 members polled want the city to be a champion for energy, resources and the port.

The NPA candidate danced around his position on Kinder Morgan's proposal to double the size of its pipeline – an issue that became a defining election topic in the provincial election last year.

He said he's comfortable with the fact that there's never been an oil spill in the harbour, but he said he'll be a strong advocate for Vancouver at any National Energy Board hearings and ensure that the right environmental safeguards are in place.

On the housing front, Mr. LaPointe panned Mr. Robertson's six years of effort to encourage local developers to build affordable housing and to manage the city's boom in condo construction. He said the mayor hasn't created anything affordable and he's broken the trust of neighbourhoods by ramming through developments.

Mr. LaPointe said his government would get rid of Rental 100, the program Mr. Robertson's Vision party brought in, which gives developers incentives to get them to build rental apartments. Several thousand units have been built under that policy already, and Mr. Robertson is partly relying on it to achieve his campaign promise of 4,000 new rental units in the next four years.

Mr. LaPointe said that program has led to speculators flipping apartments, but he didn't provide details on why he thought that was happening with the rental projects, which have legal agreements attached to them requiring them to remain as rentals for 60 years.

Mr. LaPointe also said the NPA would launch a new comprehensive city planning process, similar to the CityPlan initiative former mayor Gordon Campbell created more than 20 years ago when faced with his own affordable-housing crisis. 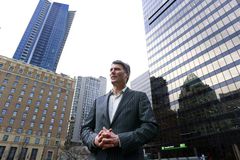 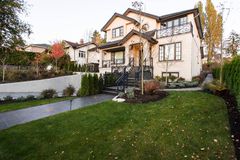