A controversial proposal to open a new law school at a B.C. Christian university that bans "sexual intimacy" between people of the same sex has been given a tentative green light.

The proposed law school at Trinity Western University, a private faith-based university in Langley, B.C., won preliminary approval from the Federation of Law Societies of Canada on Monday, clearing a major hurdle to its accreditation.

But the law school still faces opposition from lawyers, law students and members of the LGBT community. They argue that a covenant requiring all students, staff and faculty at Trinity Western to abstain from "sexual intimacy that violates the sacredness of marriage between a man and a woman" is discriminatory. A footnote to the provision cites a biblical passage condemning homosexuality.

Trinity Western has argued that students choose to adhere when they apply, and president Bob Kuhn hopes to "move on from that debate."

"I'm pleased that the Federation did not bow to the vocal nature of the opposition and did what we had asked them to do: Look at the facts, apply the law, analyze the program based on its merits," Mr. Kuhn said. "We think that it does validate that a Christian university has a place in a pluralistic society."

But the program still needs consent from the B.C. Ministry of Advanced Education, and could also face a future legal challenge.

The federation typically only considers a law school's technical aspects, but struck a special advisory committee to hear concerns and support for Trinity Western's program. After reviewing dozens of submissions, it ruled there is "no public interest reason" to exclude future graduates from admission to the bar.

The federation's president, Marie-Claude Bélanger-Richard, called Trinity Western's covenant "a matter of conduct" and "a matter of personal choice," and is "satisfied that [the special committee] really covered all aspects of this issue."

"I understand that it's a community covenant agreement that students will have to sign, but at the same time, we don't have any evidence how the discrimination, if any, would be applied," she said.

But Clayton Ruby, a prominent Toronto criminal and civil-rights lawyer, said if B.C. allows the law school, "there will be a lawsuit" launched primarily on Charter grounds. Mr. Ruby has been among the proposal's most outspoken opponents, and on Monday, he called the Federation's decision "cowardly nonsense" because "it punts the issue" to B.C.'s government.

"It's a simple act of discrimination against gays and lesbians. To the extent that this school has law students, the door is closed to gay and lesbian lawyers and judges, and that is demeaning not only to them, but to all of us," he said.

Wayne MacKay, a Dalhousie University law professor in Halifax, said the federation's decision is probably on solid legal ground, because the Supreme Court of Canada supported Trinity Western's rights to its own religious-based policies in a 2001 case. But he said lawyers are role models for equality, and "the message [the school] sends to gay students and students who may graduate from that institution is a negative one."

The Council of Canadian Law Deans has called Trinity Western's proposal "fundamentally at odds with the core values of all Canadian law schools." And in a statement from a coalition of LGBT affinity groups at Canadian law schools, University of Toronto student Marcus McCann called the decision "totally unacceptable."

"The bottom line is that no law school in Canada should be allowed to weed out gay students," he said. 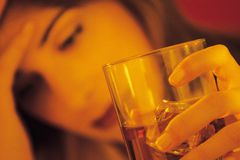 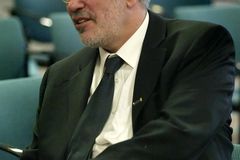