The provincial government's plan to build an $8.8-billion hydro dam at Site C on the Peace River is being challenged in the Supreme Court of B.C. by ranchers and other area residents who claim the environmental approval process was so flawed it was illegal.

In opening the case Monday, Maegen Giltrow, a lawyer for the Peace Valley Landowner Association, said the government failed to fully consider the recommendations of a federal-provincial joint review panel (JRP) that held lengthy public hearings into the project.

"The ministers [who made the decision to issue an environment certificate] did not consider important recommendations made by the panel," said Ms. Giltrow, whose clients are seeking a judicial review in the hope of overturning the government's decision.

She said the court is not being asked to rule whether Environment Minister Mary Polak and Forest, Lands and Natural Resources Minister Steve Thomson were right or wrong in deciding to issue an environment certificate for the controversial project that would flood more than 5,500 hectares of land.

"The only question is … whether the decision followed the law," said Ms. Giltrow.

She told court that legislation requires government ministers to "consider" the recommendations of the joint review panel, but argues that Ms. Polak and Mr. Thomson did not fully do so, instead dismissing several key recommendations as being outside the panel's scope.

"It must mean something when the legislature tells a minister, 'you must consider this,'" Ms. Giltrow said.

According to its mandate, the panel was charged with inquiring into the "environmental, economic, social, health and heritage effects" of the project.

But after the panel's report came out, the government decided that several recommendations dealing with project costs, power demands forecast by proponent BC Hydro, alternative power sources and the overall need of the project weren't within the panel's scope.

Ms. Giltrow said the evidence will show that the executive director of the B.C. Environmental Assessment Office told Ms. Polak that the panel made those recommendations without authorization.

"The Minister accepted the executive director's advice … and proceeded to issue the [environmental] certificate without considering [those recommendations]," she said.

And in doing that the government broke the law, Ms. Giltrow argued.

"There were no restrictions on the [scope of] recommendations that could come out of the panel," she said.

A number of the recommendations that were ignored required government to obtain more information before making a decision.

At one point, Ms. Giltrow quoted Ms. Polak telling reporters at a news conference that such issues, "will be visited at another time."

She said Ms. Polak didn't argue with the panel's recommendations, or critically analyze them; she simply ignored them.

Justice Robert Sewell asked Ms. Giltrow what the legislation actually meant by requiring a minister to consider the recommendations of the panel.

"So we get to this question … of what does 'consider' mean?" replied Ms. Giltrow, who went on to define "consider" as "to engage the problem, grapple with solutions."

She said the government had broken the rules, but the court could remedy the situation.

"A failure to consider is a reversible error," she said.

The petition is asking court to quash the provincial environmental assessment certificate that was granted to BC Hydro in October, 2014.

The government gave cabinet approval for the project in December, but is facing legal challenges from the landowner association and, in a separate action, by Treaty 8 First Nations, who are expected in court later this week. 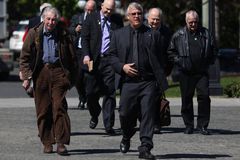 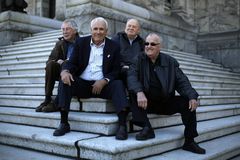 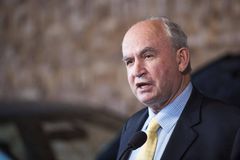