A lawyer for a pregnant Tamil migrant is pressing Canada Border Services Agency to expedite identifying her client or, she says, the woman could risk delivering her child in a British Columbia prison.

"There may be a possibility that she could give birth while in custody if we don't pay much attention," said Malini Dyonisius, the woman's lawyer.

The clock is ticking for the Tamil woman who arrived on board the MV Sun Sea on Aug. 13 with 491 men, women and children. They all remain in detention because CBSA has not yet confirmed their identities.

The woman is one of four who arrived pregnant, but she is the furthest along, according to lawyers. She is being detained in the Alouette Correctional Centre for Women, 70 kilometres east of Vancouver. Her husband, who accompanied her on the Sun Sea, is being held in the Fraser Regional Correctional Centre.

Due to a publication ban placed by the tribunal assessing her detention, her name or identity cannot be revealed. She is due to deliver Sept. 25, her lawyer said, and her third round of hearings is scheduled for Sept. 17, which is a week earlier than the expected 30 days. CBSA has previously requested priority be given to women. Ms. Dyonisius said the time frame is too risky.

The child will become a Canadian citizen long before the mother and the other 491 Tamils will even receive their refugee hearings. Max Berger, an immigration lawyer not affiliated with this case, said the child's birth can have an impact on the woman's refugee process, which can take longer than a year to begin.

"The child's birth in Canada can affect the refugee hearing on humanitarian compassionate grounds and whether it is reasonable to expect her to find another area in Sri Lanka to live in if she is denied," Mr. Berger said.

She was brought on Friday morning to the Immigration and Refugee Board in downtown Vancouver for her second hearing to assess the legality of her detention. In her first hearing on Aug. 20, the IRB ordered her continued detention because her identity could not be established.

Dressed in an oversized green sweater on Friday that hardly concealed the fact that she is expecting, she was the only one that was not handcuffed in a group of women. Some hearings were being conducted in groups to expedite the process.

"A large number of documents were sent for assessment on Aug. 18, including her [Sri Lankan]national ID card, marriage registration, birth registration," said CBSA counsel Becky Chan during the hearing on Friday. Ms. Chan said that once CBSA has assessed and authenticated the documents, a report would be given to the Immigration and Refugee Board. Ms. Chan was not able to provide a timeline on when that could be.

During an earlier hearing that day, CBSA counsel Roy Yamaguchi said, "Canada has reached out to our allies to assist in verifying identities. This action will not divulge information to Sri Lankan authorities." Mr. Yamaguchi did not say which countries were being contacted or how long the process would take. Many of the migrants came through Thailand, from where the vessel embarked.

The women at Friday's hearing complained to Ms. Dyonisius, who speaks Tamil, that they were being made to sit for long hours on chairs and not being allowed to stay in the trailers where they can lie down. B.C. Corrections denies that and said arrangements are made to accommodate groups moving from the living quarters to the sleeping trailers, but not individuals. 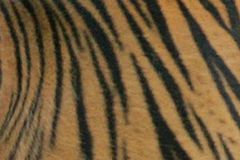