Changes to the agricultural land reserve proposed by the provincial government are "deeply flawed" and should be withdrawn, more than 100 of B.C.'s leading scientists state in a letter to Premier Christy Clark and key ministers.

The group – which includes some of the most highly respected biologists in British Columbia – says the government's plan to relax regulations that now restrict the non-agricultural use of land is uniformed and is a threat to wildlife.

Under Bill 24, which is currently before the legislature, the ALR will be split into two zones. Existing restrictions are to remain in place on Zone 1 lands in southeast B.C., the Okanagan and Vancouver Island, but the act will make it easier to remove lands in Zone 2, in the north and interior, where farmland is not as productive.

"Allowing more non-agricultural uses on ALR land and the release of more lands from reserves will have the unintended consequence of threatening many important ecosystems and, by extension, many valuable species including species at risk," states the letter. "We call upon the government of British Columbia to include scientifically derived information in the evaluation of the impacts of changes to Agricultural Land Reserve that may impact the health of British Columbia's ecosystems."

In a statement that accompanied the letter, the group says that many endangered ecosystems are adjacent to, or downstream of agricultural lands.

"That is why the proposed changes to the British Columbia Agricultural Land Commission Act are so troubling," the group states.

It says the erosion of the agricultural land base in B.C. "jeopardizes many species at risk, threatens many common species, and will impact many species prized for hunting."

The group is also critical of the government for making changes without public consultation or science-based information.

Among the signatories of the letter are Fred Bunnell, a professor emeritus in the faculty of forestry at the University of B.C. who has published six books and 300 scientific articles; Dick Cannings, a biologist, former curator of the Cowan Vertebrate Museum at UBC and author of several best-selling books on birds; Eric Taylor, director of the Beaty Biodiversity Museum at UBC; and Sarah Otto, a fellow of the Royal Society of Canada and director of the Biodiversity Research Centre at UBC.

Although most of the signatories are from UBC, there are also researchers from Simon Fraser University, Thompson Rivers University, the University of Northern B.C. and Vancouver Island University.

William Harrower, a PhD candidate in the botany department at UBC, said the letter came about because of widespread concerns in the scientific community.

Forests, Lands and Natural Resources Minister Steve Thomson, who is handling the responsibilities of Agriculture Minister Pat Pimm while he is absent for health reasons, defended the legislation, saying its "primary purpose is to maintain agricultural land for agricultural purposes."

Under the changes, farmers would have more flexibility in leasing out land for non-farm use, which could bring in enough supplemental income to keep a farm in production.

"These changes have the potential to make it easier for farmers and their families to make a living, to financially support their farming operations, so they can continue to farm their land," said Mr. Thomson.

He also said the Agricultural Land Commission remains in charge of decisions about land use.

"In the future, just as it is today, whether a specific piece of property gets used for anything other than for agriculture, it will have to first be approved by the ALC," he said. 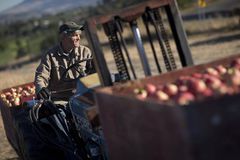 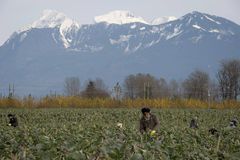 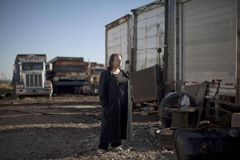 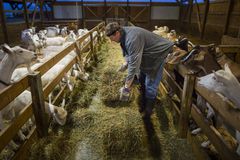 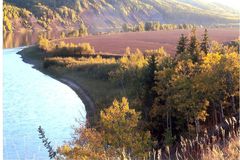 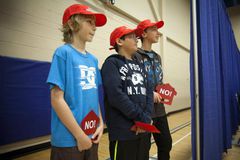 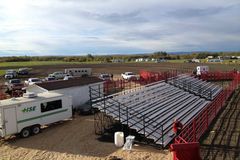 B.C.’s Pimm vows to carry on despite cancer diagnosis
January 15, 2014 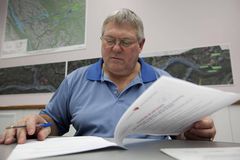