The story dates back to 1980, when a Tibetan monk mysteriously appeared at the Vidette Lake Gold Mine Resort in Deadman Valley, a couple of hours' northwest of Kamloops.

The apprentice monk had been sent from San Francisco, it is said, to verify the existence of the "centre of the universe," as identified by a master teacher. The monk journeyed up the coast, into Canada and along a winding road that twists along Deadman Valley, arriving at the site – a former gold mine – on a November day.

The monk stayed at an on-site lodge and explored the area, performing a series of tests, such as identifying geographic characteristics – that the area was shaped like the prow of a ship, sloping downward to the south – and spontaneously starting a fire without an ignition source.

He eventually concluded that a grassy knoll in the bucolic location, overlooking the valley and Vidette Lake, was, indeed, the centre of the universe.

According to some local reports, the San Francisco monks offered the resort's original owner, Lew Woolman, a large sum of money to purchase the land; in others, they asked to have it for free.

In both versions, Mr. Woolman declined.

Today, the area is considered a tourist attraction, of sorts, but visitors won't find concession stands or corny souvenir shops. Untouched as it was during the apprentice monk's visit, the site is still considered by many to be a spiritual location. Some visitors have reported hearing choral singing and feeling a certain energy; monks continue to visit regularly.

Ray Stad, who currently owns the resort with his wife, Ruth, doesn't like talking the place up, preferring instead to explain the site's features on intimate, private tours. But he doesn't hesitate to call the area a "special place," acknowledging that he, like several others, has felt its healing properties.

"I feel like I'm protected [when I am here], like I'm in my mother's arms," said Mr. Stad, a burly man with a bushy beard. "It's the place of life. You feel invigorated with life. I've seen many healers and health-care workers and soldiers recover very quickly up there."

There was one person with a bad stutter, for example, who did not stutter at all while at the Centre of the Universe, he said.

Kamloops resident Christina Salewich first heard about the site about five years ago from her mother, who was a reiki practitioner.

"She had mentioned this place where even the monks had identified it," Ms. Salewich said. "I was thinking, 'What? Here in Kamloops?' "

The family visited and grew to cherish the area. When Ms. Salewich's mother died in June, 2011, the family decided to visit annually as a way to remember her.

"I used to bug my mom when she was still alive: 'Oh, that's just your hippy stuff,' " Ms. Salewich said. "But I'm beginning to be more in tuned to it, to my belief system. … Even if you're not spiritual, it just feels like you're in this parallel universe. It's all peaceful, like everything on the outside world stops."

What struck Teresa Cline on her first visit to the site was a single ID bracelet, spotted amid a pile of other offerings – polished stones, keychains, coins – left at a makeshift altar by a Canadian soldier who had served in Afghanistan.

"Ray said that soldiers come up there to help them recover from post-traumatic stress disorder," said Ms. Cline, a travel blogger who had previously lived and worked as an electrician in Kandahar.

"I was really depressed around that time and it had never occurred to me that I had PTSD," she said. "When he showed me that bracelet, something clicked for me. I started researching post-traumatic stress disorder and a number of events led to me doing different things to help treat that. It put me on my own path of spiritual healing and now I don't have depression any more." 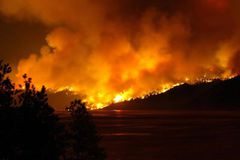 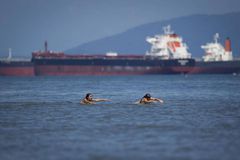 Poet Patrick Lane on looking for the beauty in life
July 5, 2013 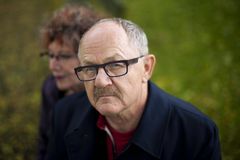