The detection in B.C. sockeye of a virus that is lethal to Atlantic salmon has sent a shock wave through British Columbia's fish farming industry, where annual sales of $250-million and some 3,000 jobs are at risk.

"It's big, it's scary – and we sure hope it's not here," said Grant Warkentin, a spokesman for Mainstream Canada, the second largest producer of farmed salmon on the West Coast.

Mr. Warkentin and his colleagues were stunned last week when Simon Fraser University held a news conference to announce two wild sockeye smolts had tested positive for the infectious salmon anemia virus. ISA has raced through fish farms around the world with devastating results, first in Norway in 1984, and most recently in Chile, where millions of fish died in 2007, crippling the industry.

ISA hit salmon farms in New Brunswick in 1996 and Maine in 2001 – but its detection in B.C. raises fears that it could sweep along the West Coast, devastating fish farm production, which is mainly Atlantic salmon, and leading to international trade bans on wild stock.

The ISA news was so alarming that within days, three U.S. senators had called for a federal evaluation of the risks. The First Nations Fisheries Council of B.C. made a similar request on the weekend, asking Ottawa "to identify the scope of the threat."

The two samples that tested positive came from a batch of 48 juvenile fish collected by Simon Fraser University professor Rick Routledge, who for 10 years has been trying to unravel why so many sockeye are dying in the Rivers Inlet region, on B.C.'s central coast.

As part of a wide-ranging research effort, Prof. Routledge sent samples to be tested at one of the top ISA labs in the world. After he announced the results, the Canadian Food Inspection Agency visited his campus office and took away the 48 fish he'd sampled, plus 300 others not yet tested.

Mr. Warkentin said he was shocked by the university's announcement, because the industry and provincial government have themselves tested 5,000 samples from farmed salmon over the past eight years – and all have been negative for ISA.

"It was a bit of a kick in the gut to everybody when we heard," he said. "That's probably one of the biggest fears that salmon farmers have … so if it's here, we would be in big trouble."

Mr. Warkentin said the aquaculture industry, which raises about 32-million fish a year in B.C., 91 per cent of which are Atlantic salmon, is holding its breath while the Canadian Food Inspection Agency investigates the ISA positive findings made by Fred Kibenge, at the University of Prince Edward Island, Atlantic Veterinary College.

The facility is one of only two in the world designated as an ISA reference lab by the World Organization for Animal Health.

The virus, which is not a human health concern, isn't lethal to Pacific salmon. But wild fish can host it, and transmit it to farmed Atlantic salmon, which it kills. There are also concerns the virus could mutate in its wild hosts and suspicions it may be linked to the mysterious deaths of millions of wild salmon in B.C. rivers in recent years.

Dr. Kibenge said there are two ISA genotypes, North American, and European. The variety he found in the B.C. fish was the European strain, which has caused massive fish farm kills in Scotland, Norway and Chile.

Alexandra Morton, an independent researcher and fish farm critic, called for the removal of Atlantic salmon from the West Coast, saying she thinks the virus was imported in farmed salmon eggs.

But Dr. Kibenge said that is not a conclusion he would reach at this point.

"I mean, it's logical to think if this is a European type of ISA virus, it must have come from Europe," he said. "The problem is, with the lab results we have now, it's difficult to speculate beyond that."

Dr. Kibenge said what is certain is that ISA is a threat to the fish farming industry.

"If this virus was to get in farmed Atlantic salmon … there will be a lot of mortalities, like what happened in Chile," he said.

"We're considering it a suspect [case of ISA]at this time," he said. "And once we've worked our way through . . . that investigation, that will inform our decision as to what is the best course of action going forward."

Rob Morely, vice-president of the Canadian Fishing Company, said ISA hasn't led to trade embargoes in other parts of the world, and he's hopeful that wouldn't happen here.

But like everyone who is interested in salmon on the West Coast, he's worried that ISA has arrived. 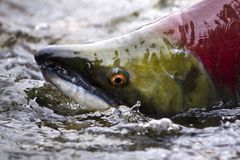 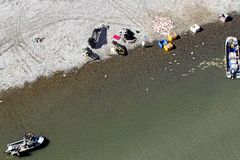