Halfway through Grade 10, Saige Flaumitsch quit public school and began taking classes online. Saige, 16, identifies as being gender non-binary and found it hard to fit in with peers and teammates on the basketball team.

"The coaches were actually really nice, but I had a [physical education] teacher that was really horrible. They didn't understand or accept my identity at all," said the teen. "For example, when I came out as queer, or gender non-binary, they would erase it and they would misgender me."

The teen quit basketball and took up dance, finding the individual pursuit a more comfortable option for someone who defines themself as "being in-between or outside" the male-female gender divide.

Saige's experience is a common one. A newly released study from the University of British Columbia found that gay, lesbian and bisexual teens are half as likely to play sports as straight youth.

The study, done with the youth research non-profit McCreary Centre Society, analyzed data from the B.C. Adolescent Health Survey taken by 99,373 students across British Columbia between 1998 to 2013. Generally, there has been an overall decrease in participation in sports from all high-school aged students, but most noticeably amongst LGB teens.

"For every year that we looked, a lower proportion of LGB youth were involved in sports than straight youth," said the study's senior author Elizabeth Saewyc, a nursing professor who leads the Stigma and Resilience Among Vulnerable Youth Centre at UBC.

"There's this gap and that gap has been persistent and it appears from our analyses that the gap is widening."

The study shows that five out of 10 gay students played formal or coached sports in 1998. By 2013, this number dropped to three out of 10. Similarly, participation numbers also dropped for lesbian girls, bisexual girls and bisexual boys.

It is the first study in Canada to track sports participation trends of sexual minority youth. Prof. Saewyc said transgender youth were not included because the survey didn't ask about transgender identity until 2013, and at least three years of data are needed for something to be considered a trend. However, a 2014 national Trans Youth Health Survey done across Canada by the McCreary Centre found only 16 per cent of transgender youth said they participated in sports with a coach. Forty per cent of youth who took the survey identified themselves as non-binary.

"I think there's still definitely a lack of role models for young people in sports. There's not many out, gay athletes," said Annie Smith, co-author of the study and executive director of the McCreary Centre.

She commends professional sports leagues like the NHL for starting to take steps toward promoting inclusivity.

"When young people are now going to watch pro sports they're starting to see that it's okay to be gay and to be playing sports."

The NHL has partnered with the You Can Play Project, a non-profit group fighting against homophobia in sports. At the beginning of February, the NHL announced that each team in the league will have a You Can Play ambassador to promote diversity, equality and inclusion. The Canucks have named team captain, Henrik Sedin, as theirs.

"I think we have a big chance, because [of] who we are, to show the acceptance of everyone in sports," said Mr. Sedin in a phone interview. "If it can start with us, hopefully it can spread down to other organizations and hopefully to younger ages as well."

As part of the NHL's Hockey is For Everyone campaign, the Canucks will celebrate the local LGBTQ community at their game on Tuesday by wearing pride jerseys during warm-up. Members of the Vancouver Pride Society are planning to attend the game and have a presence on the concourse.

"We are actually the first team that's wearing special-made jerseys for this occasion," Mr. Sedin said.

A number of local community leagues in Vancouver, like the Vancouver Gay Volleyball Association, have been established to create a safe space to play sports for the LGBTQ community. The VGVA has been around since 1979 and has about 200 active members.

Mr. Letts was surprised by the findings of the study from UBC and the McCreary Centre, because the volleyball league's numbers have steadily expanded over the years to the point of having more people signing up than spots available. "Maybe it's just a matter of those seeds have been sown, but they won't see any sort of fruit until a few years down the road." 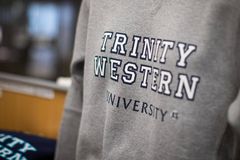 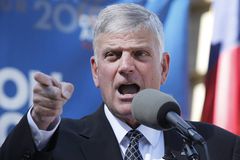 Some sex workers choose industry due to benefits of occupation: study
February 9, 2017
Follow us on Twitter @GlobeBC Opens in a new window
Report an error Editorial code of conduct
Due to technical reasons, we have temporarily removed commenting from our articles. We hope to have this fixed soon. Thank you for your patience. If you are looking to give feedback on our new site, please send it along to feedback@globeandmail.com. If you want to write a letter to the editor, please forward to letters@globeandmail.com.
Comments