There are few things in life I detest as much as lineups. When I see one, I make an instant calculation: How badly do I need whatever it is I'll be standing in line for and how much of my life am I going to waste in the process. Unless it's life-saving medicine I'm in search of, I usually bolt.

In some cases, however, I haven't had a choice. One of our sons attended university in Washington state. That meant that for five years, I had to travel back and forth, picking him up and dropping him off. As often as I could, I arranged the trips so I could avoid the horrendous lineups at the Peace Arch border crossing, one of the most notorious in the country for waiting times. If that meant leaving at 5 a.m., so be it.

One time, when I had no option about when we left, we got snarled in a three-hour jam-up at Peace Arch. It was a Saturday morning, the worst time to go. As I sat there stewing, I'd watch the odd car drive down the near-vacant Nexus line, and I'd curse myself. For years, I had been saying our family needed to get Nexus cards, especially given how often we travelled to the U.S. Finally, in my son's last year at school, we went through the interviews and got our golden tickets to border freedom. And as happy as I was at the time, I couldn't help thinking how stupid I'd been to wait until my son was almost finished school before getting it.

I was reminded of my idiocy recently as I read stories about the chaos anticipated at Canada-U.S. border crossings this summer. The U.S. Department of Homeland Security has already begun cutting employee hours and is expected to furlough 5,000 staff next month, all because Congress and U.S. President Barack Obama couldn't reach an agreement to cut federal spending. This triggered automatic spending cuts.

Officials at U.S. Customs and Border Protection (CBP) are already predicting waits up to 50 per cent longer at major airports and at some of the busiest land crossings. Think about that: A three-hour lineup at Peace Arch is now, quite possibly, going to be a five- or six-hour lineup. I can't imagine there are people desperate enough to want to do that. But I suppose the lure of a bargain will make people do just about anything.

If you're thinking about applying for a Nexus card as you read this, well, there are problems there as well. A process that can now take several months is expected to take even longer because staff cuts will reach into that area of border services as well. So it's unlikely to help you before the end of the summer.

Beyond the life-wasting factor associated with long border lineups, there are real implications for trade. Canada does about $500-billion in trade annually with the U.S. and a lot of it flows through the borders. In 2010, it was calculated that nearly 29,000 trucks crossed the Canada-U.S. border daily. Canadians take more than 39 million trips to the U.S. every year, while Americans return the favour more than 20 million times.

According to recent figures, Canadians spend about $12.6-billion in the U.S. a year, while Americans cough up about $6-billion here.

It's difficult to imagine that there isn't going to be some impact on those numbers if crossing the border, by land or air, becomes an intolerable quagmire. Many people will simply say thanks but no thanks, at least those who don't have options to travel at other, less busy times. In 2009, Canadians took more than 21 million same-day trips into the U.S., while Americans made 8.8 million into our country.

If five, six or seven hours of your trip are going to be taken up trying to get back and forth, I think many people will just take a pass. This will have an impact on tourism numbers for both countries, as well as retail sales.

Then you can start calculating the costs to other areas of commerce. It's estimated that a big rig carrying goods into the U.S. costs about $80 an hour to operate. If it has to sit at the border for another hour or two longer waiting to get processed, those added costs have to be borne at some point along the supply chain.

The B.C. government has started a pilot project to ease congestion at the Pacific Highway crossing by having U.S. customs agents inspect cargo in a holding area in Surrey. It could help mitigate some of the problem, but it won't solve it completely.

All of which is to say, when you're making plans to head south this summer, think ahead. Making a smart choice about when to go, if you go at all, could spare you hours of car-bound misery. 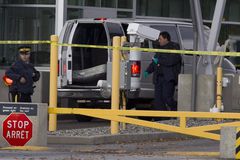 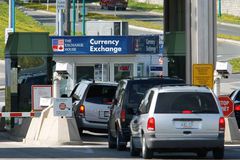