At every stop in northern B.C. during this election campaign, Liberal Leader Christy Clark has taken the opportunity to tout the promise of liquefied natural gas. It's why she came to this small coastal hamlet, where a new elementary school has been opened in the expectation that the community will soon be bustling with construction of an LNG facility. It was her message in Terrace and Fort St. John and Dawson Creek: the industry will deliver a bonanza of revenues that will pay off the provincial debt, create a dividend fund for the north, and more.

The promise to create a debt-free British Columbia on the back of this lucrative new resource is so central to her election campaign, the slogan is featured on the side of her campaign bus.

Both the Liberals and the opposition New Democratic Party are looking at ways to tax LNG, in different ways.

The Liberals want a manufacturing tax – still under negotiation with the suitors who are lining up to invest billions in new facilities. The NDP are going to the source, promising to expand the existing carbon tax to apply to the production of natural gas – the lifeblood of the industry.

But the debate is framed as theoretical. In fact, B.C. already produces LNG.

FortisBC has been freezing and squeezing natural gas for the domestic market since 1971 at a plant in Delta, on the Fraser River. Its second plant, on Vancouver Island, went into production late in 2011.

The new $200-million Mt. Hayes plant, south of Nanaimo, is small-scale compared to the proponents who want to build for export markets in Asia. But it offers a peek at the process.

The natural gas is supplied by an underwater pipeline from the mainland. It takes about 200 days to fill a massive freezer. This is done when demand – and prices – are low.

Then, using a compressor powered by a 4,000-horsepower electric motor, the gas is chilled to minus-160 degrees Celsius. At that temperature, it becomes a liquid that is 600 times denser than gas. Fortis uses electricity to run its relatively small plant – and its monthly energy bill while it is creating LNG is $150,000.

The liquid is pumped into a storage tank which acts like a Thermos bottle, keeping the gas cold enough to remain in liquid form until needed.

Even in that reduced state, the tank can hold 1.5 billion cubic feet of LNG.

This allows Fortis to sit on a stash of energy for the peak winter demand. As well, there is security in having an energy stockpile. If the pipeline from the mainland were disrupted, the island would have roughly a month's worth of natural gas supply.

When the gas is needed, it is pumped back out of storage and is run through vaporizers to restore it to its original state, before flowing back into the pipeline system.

The rush to tax the new LNG industry may have an impact on this operation as well. The NDP recently announced plans to change the carbon tax, if it wins the May 14 election, increasing the upstream costs of creating LNG.

The Liberals are still vague about their proposed tax. Mr. Coleman said it would not cover domestic supply, but the negotiations with the industry are still ongoing. However, he is convinced the tax regime will still be competitive.

"It's bigger than I thought it would be," he said in an interview.

"We may need even more space for all of these [plants], there are so many groups here." The Liberals have promised to create a Prosperity Fund to direct spending of the anticipated LNG revenues. "All of our discussions around the Prosperity Fund have been based on three- to-five operations. Now, we are up around ten serious players looking here in B.C. to try to find opportunity." 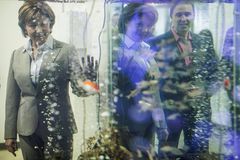 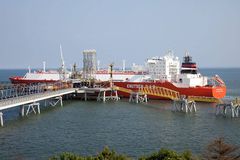 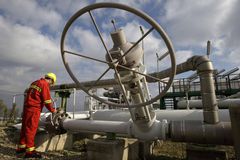 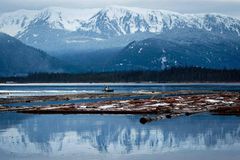