The "worst film director on the planet" has high hopes of opening the best restaurant in Vancouver, something he swears is not a publicity stunt.

Bauhaus, a modern German restaurant set to launch in Gastown this spring, is the brainchild of Uwe Boll, who once challenged – and knocked out – five of his most outspoken critics in a highly publicized boxing match.

With characteristic chutzpah, the "one-man Blitzkrieg of Bad," whose blood-soaked, B-grade video-game adaptations garnered him a rare Worst Career Achievement award from the Razzies (a qualitative counterpart to the Oscars), has recruited A-list lieutenants for his fine-dining project.

"Vancouver is, uh, different from what I've done in the past," Mr. Adams says diplomatically. In his most recent position as general manager of Kensington Palace, he once kept an office in the apartments now occupied by the Duke and Duchess of Cambridge.

Touring the site at 1 West Cordova St. (previously home to the original Boneta), the trio was decidedly upbeat, almost giddy.

"It won't be fancy-pantsy," said Mr. Boll, climbing over a stack of wood flats as a construction worker behind him put his boots to bending a long steel rod. "Like the food, it will be clean and classic with a lot of straight lines." Vancouver designer Andrea Greenway is giving the heritage building a Mid-Century modern makeover in wood, marble and brick.

Bauhaus, however, will be very expensive: A three-course à la carte dinner will be about $80 to $100 a person, the seven-course chef's menu even pricier. Prestigious wines on the Enomatic preservation dispenser could run up to $50 a glass.

As Mr. Hartmann correctly points out, the proposed prices are still great value when compared to Europe. But the question remains: Is Vancouver ready to pay top dollar for eisbein (pickled ham hock)?

"There are a lot of Ferraris and Lamborghinis in Vancouver," Mr. Boll said, shrugging. "People have money here. When I talk to business people, they all go to the same few places. We want to be part of that mix. We're not competing with anyone. We're offering something different."

There are no other nouvelle German restaurants in Vancouver. Mr. Hartmann worked in numerous prestigious kitchens – Vau (Berlin), Maximin (Vence, France), Patina (Los Angeles) – before opening his own. He induces salivation when describing his slow-simmered sauerbraten. The classic German dish will be served at lunch and in small portions at the bar. His modern interpretations, with attention to textures and reductions, will be available à la carte or on the chef's menu at dinner.

"I've been to five restaurants in the last two weeks and haven't had a single sauce," the chef said, exasperated.

It's true. With very few exceptions – perhaps Cioppino's – Vancouver has never marched to a European sensibility, where the saucier leads the kitchen.

Mr. Boll, who does have a serious side (his recent political films, including Darfur, have received good reviews), is also a proven foodie. "I've been to 120 Michelin-starred restaurants in the last 10 years," he says. "I think I know what I'm talking about."

Mr. Boll is opening this restaurant largely out of self-interest. Having moved here full-time, he can't find the same cuisine he loved back home. But if Bauhaus succeeds, the European influence could have an interesting pull on Vancouver's largely Asian-inspired cuisine.

"Uwe wants it to be the No. 1 restaurant in Vancouver," says Mr. Hartmann, a surprisingly humble complement to the cocksure director. "That's not my goal. There is no such thing as a best restaurant. It will be something new for this town. We will do a great job when we open, but it will get better and better every year. It will take time."

That said, the chef knows Mr. Boll will be his biggest critic. "He said he'll kill me if the reviews aren't good."

Review
This confusing complex is meant to please the masses
January 2, 2015 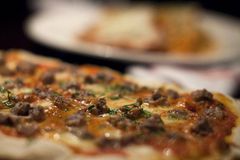 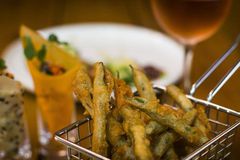 Review
Pizzeria’s sibling Nicli’s Next Door is a star in its own right
December 19, 2014 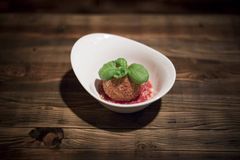