It is less than five months until every condo tower and apartment building in the Lower Mainland has to have a way for residents to separate their food waste from regular garbage.

That is going to be tough for the nearly one million residents of those buildings, the region's enthusiastic recyclers admit as they get ready for the ban on organics in Metro Vancouver landfills in 2015.

Recycling rates for relatively easy things such as cans and bottles in multifamily buildings are about a third of what they are in houses or duplexes – 15 per cent compared with 44. Recycling messy food scraps is likely to be even more challenging because of the need to squeeze yet another bin into close-packed buildings, people's fears about attracting rats and some general apathy.

But city engineers, mayors, advocates and even condo residents say they are going all-out to do what they can.

"It's going to take some time. We know there's going to be some really significant challenges," said Vancouver's solid-waste director, Albert Shamess.

The city has 5,800 multifamily buildings whose strata councils or managers will need to work out where to fit a green bin, how to get residents to participate and how to make sure their private waste hauler is ready to pick it up.

A few older buildings in the region will be exempted because it is physically too difficult to separate food waste. But most will be affected by the ban, which could bring higher fees for their waste haulage if too much food ends up in their regular garbage.

Mr. Shamess's department is working with the region's apartment-owner and condo-owner associations to get the message out. Staff are also offering to provide private haulers with the little green bins for people's counters and offering flexibility so that haulers can pick up multiple times a week if necessary.

Port Coquitlam is taking an even more hands-on approach.

Mayor Greg Moore, head of the region's zero-waste committee and a fierce devotee of recycling, said staff are visiting each building to talk to residents about the change.

"No building's the same, so that helps," he said.

And one non-profit group is working with a dozen Vancouver condos and apartment buildings to figure out the best approach to getting everyone on the bandwagon.

"We're looking at how are we going to get from the keeners to critical mass," said Murray Mollard, one of the people leading Vancouver Trash Talk, which is funded by Vancity Credit Union, the City of Vancouver and TD Friends of the Environment Foundation.

He said everyone's first concern is that the bins will attract rats or other pests.

He said that has not happened in the buildings his group is working with. And he emphasizes that garbage has always contained food scraps.

Mr. Mollard said people must also be educated to keep non-organics out of their food-scraps bin. (A surprising number of people think that a plastic bag with "biodegradable" printed on it is good to go.)

And then, there is the space issue, especially for older buildings where owners never envisioned bins for regular paper, newspaper, cans and metal, glass, regular garbage and now food.

Sometimes a space must be redesigned, he said. Some buildings have to take a smaller cart that is emptied more often. Some are surprised to discover they can do with one less cart for regular garbage because so much is now diverted.

A Metro Vancouver report says about 40 per cent of garbage, once dry recyclables are pulled out, is food waste. So food recycling could reduce landfill use by tens of thousands of tonnes a year.

Several businesses designed to process food scraps into compost or biofuel have set up in the past five years or are in the planning stages.

The ban on organics is supposed to be introduced slowly. In early 2015, waste haulers' loads will be checked periodically and they will be told how much they would have been fined for having too much food waste in the regular garbage.

The real fines will come later and, eventually, be passed on to condo residents through increased fees for waste hauling. 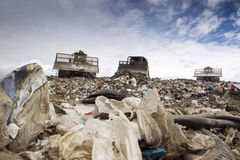 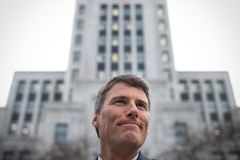 Who will speak for Vancouver’s trees and gardens?
May 9, 2014 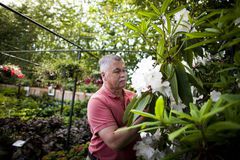 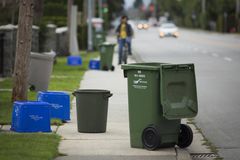