Glenn MacKenzie didn't pay much attention at first to the stories in the local newspaper and the information boards at the mall about a plan to create a dense "town centre" near his house.

From what he did see, it looked like a pleasant mountain village, sort of like Whistler. Nothing that would disrupt his comfortable life in tranquil, tree-dominated Lynn Valley, the North Vancouver neighbourhood where he has lived for 24 years.

But when he heard that a developer had proposed towers of 22 and 14 storeys in that town centre, Mr. MacKenzie worried about even more traffic in an area with only two main arteries and steady traffic jams. He worried about the feel of his neighbourhood being wrecked. He sprang into action.

"I treated it like a political campaign, a full-blown, partisan electoral campaign," says the 58-year-old high-school teacher, who used to work on campaigns with the Social Credit party.

He and a group of like-minded friends put up a website, showing a menacing picture of the Burnaby skyline around Metrotown with its Etch-a-Sketch line of towers. They delivered flyers to hundreds of doors. They started an online petition. They packed meetings with supporters, waving signs demanding: "No High Rises."

In the end, they forced their council this week to scale back the size of the whole centre, lowering building heights and reducing the maximum number of units.

Mr. MacKenzie and his friends are typical of the new kind of take-no-prisoners anti-development activists who have emerged across the Lower Mainland, battling casinos and coach houses, towers and duplexes, in an effort to preserve the character of their neighbourhoods.

They use the Internet and political-style slogans. At the extreme points, they accuse politicians of corruption and developers of worse. They suggest that planners and engineers are either lying or too shortsighted to figure out the consequences of thousands of new condos. They pore over every number and fact, looking for an inconsistency or an inaccuracy.

The most dedicated campaigners believe the pressure for development has nothing to do with making room for more people in a growing region. They believe it's a case of politicians favouring developers who have given them campaign money or, at best, politicians desperately seeking ways to increase revenue that can close the gap in city budgets.

"They're squeezed for money, and density is an easy way to get more money," Mr. MacKenzie says. The flip side, of course, is the cost of more garbage pickup, road maintenance, parks, libraries, police and fire.

Vancouver has seen the largest of the anti-development wildfires burning up the landscape the past several months. The city has been grappling with multiple groups that oppose both overall neighbourhood plans – four of them are in the works – and specific projects. The opposition, though relatively small so far, has been so virulent and effective that many wonder if it will be enough to topple Mayor Gregor Robertson and his Vision team. Two weeks ago, Vancouver's council watered down and delayed some of the area plans.

But Vancouver is not the only city experiencing vociferous opposition to development. Besides the District of North Vancouver, there have been similar uprisings in neighbouring West Vancouver, the City of North Vancouver (a separate entity from the district) and White Rock in the past year. Two years before that, councils in Burnaby and Coquitlam saw dozens of people come out to meetings, protesting large projects in Brentwood and Austin Heights.

The level of angst across the region is measurable. A Mustel Group poll this summer showed three of the top five issues people are the most dissatisfied about are connected to growth pressures. One-third of people said they're unhappy to very unhappy about "planning and future development" and "management of traffic." Only 10 per cent were very satisfied. A quarter said they were not impressed with "community engagement on projects and initiatives."

"I can't recall ever this level of dissatisfaction before," says Evi Mustel, the owner. "And I think it is everywhere."

Metro Vancouver has been steadily growing by 40,000 people a year. For a long time, that growth has been absorbed by new subdivisions, new towers in designated clusters, such as Burnaby's Metrotown and downtown Vancouver, or whole new communities built on former industrial land. All those options are shrinking, as that land is built out or taken out of the game by regional efforts to prevent industrial and agricultural zones from being chewed up.

Metro Vancouver is projected to add at least another million people within the next three decades. A recently approved regional growth strategy is requiring each municipality to figure out a way to accommodate that.

"We haven't seen this [kind of resident opposition] for the last 30 or 40 years because there were other sites to develop in the region, mostly industrial," says Ann McAfee, a former Vancouver planning director who now works as an international consultant. "But now developers are looking elsewhere, looking for large properties and looking for a lot of older people who might be the immediate market."

The solution to how to handle all this seems obvious to the vocal opponents: Councils and developers should consult more with residents.

But that's easier said than done. It's hard for politicians to figure out what public opinions really are. The District of North Vancouver started a massive consultation plan with residents four years ago to decide where new housing and commercial activity should be concentrated and what it should look like. Hundreds of people participated.

Dan Ellis, a retired engineer in Lynn Valley, was one. He and the majority of people who'd gotten involved supported a plan that would see the district develop four dense town centres, including the one at Lynn Valley. They believed the district needed to allow new kinds of housing, so that young families and seniors could live in the area without having to maintain or pony up for expensive, single-family housing. Then, a year ago, when the development company, Bosa, came to Lynn Valley with a specific project, Mr. MacKenzie and his group went into action, eventually winning their campaign.

Mr. Ellis said there appears to be a fundamental flaw in the way resident consultation works, even though the North Van planners tried to get people to participate. "When cities go out seeking engagement about change, they tend to attract forward thinkers. It's hard to engage those who aren't in favour of change."

But when specific projects come up, a new group comes out, often claiming they weren't consulted. They're so vociferous – and these days, so Internet-powered and media-amplified – that moderates, who were okay with the original plan, become hesitant about showing support.

Ms. McAfee, who managed many tough community consultations in Vancouver, found that, typically, about 20 per cent of residents were dead set against any change. But up to 80 per cent were willing to support new kinds of housing and growth, under certain conditions. There had to be a discussion about who it would benefit. They needed to feel they had choices on where and how high. And they needed to get something in return: new parks, shopping district, libraries, daycare, art spaces.

Vancouver is having trouble, she believes, because politicians didn't talk about a big vision for the city's future, relying instead on arguments about how density is good for the environment. There "didn't seem to be much about the new goodies that would come with it." And, she says, "staff or council seem to feel they know where the density should go."

That allowed the 20 per cent who are steadfastly against all change to pick up support from a wider group. So, while the Vancouver opposition includes a vehement core, it also includes people such as Albert Leung.

Mr. Leung, a former operations manager for the photo company Jostens, has become one of the leaders of a group in Marpole opposed to the draft area plan that came out of the city. As in North Van, his group only sprang up after a whole other set of residents had been participating in city consultations for a couple of years.

"I think we, as a group of citizens, see growth and progress is a good thing," says Mr. Leung. He has little time for some of the scare stories circulating about the impact of a new plan. They want to see a detailed traffic plan. They want to hear what kind of benefits the community might get. 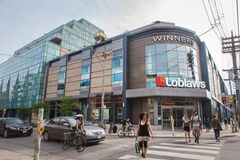 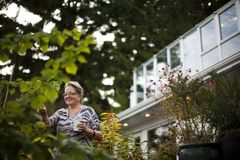 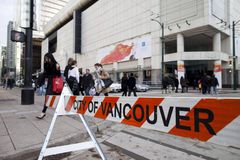