A slowdown in demand for charter flights in Alberta's oil patch has freed up planes for a marketing company to resume Calgary-Vancouver trips and introduce discount rides on the Calgary-Toronto route.

Roger Jewett, the chief executive officer and founder of Jump On Flyaways, said the Calgary-based firm can offer large savings on airfares to consumers on holiday weekends because it hires idle charter aircraft at low rates.

There is a catch to the offerings, however, and it is a big one – unless Jump On fills about three-quarters of the available seats on a route by one week before the departure date, the flights with the deeply discounted fares will be cancelled. (Payments would not be processed.)

"Our flights go if we sell enough seats. We only go if we hit the jumping point, which is basically break-even or better," Mr. Jewett said in an interview.

Jump On has flown the Calgary-Vancouver route in the past, notably during Grey Cup weekend last fall in Vancouver.

The next quest is to fill as many seats as possible for flights between Calgary and Vancouver over the Easter long weekend in early April. Jump On's round-trip flight on the Calgary-Vancouver route has been priced at $248, including taxes and fees.

The airfares are about 50 per cent lower than rivals' typical weekend prices for a trip originating in Calgary, Mr. Jewett said.

Passengers who want longer stays can make charter bookings for $124 one-way through Jump On, and pay WestJet or Air Canada for the other flight segment on scheduled service.

So far, tickets are selling briskly for the 148-seat plane originating in Calgary on April 2, but sales are slow for the trip starting in Vancouver that same day. The return flights on are April 6.

Persuading Calgarians to book to Vancouver has gone smoothly so far for Jump On, and the challenge will be filling seats with Vancouver residents in early spring. WestJet and Air Canada have offered deals for $169 one-way for a limited number of seats in early April to stimulate demand for Vancouverites to visit Calgary, but Mr. Jewett said his firm provides cheaper fares for all passengers.

Since April, 2013, Jump On has managed to forge ahead with 10 round trips on various routes, or a 50-per-cent success rate for attracting enough passengers. Mr. Jewett wants to ramp up the number of trips and destinations offered in 2015, and expects that the success rate will increase as consumers get used to booking on Jump On's website.

On the route between Calgary and Toronto, the departure flight from each city is slated for May 14 and the return trip on May 19. The promoted price for the May long weekend excursion is $224 one-way, with a limited number of seats for $199.

The Calgary-Toronto pairing emerged after Jump On teamed up to sign a new deal with Enerjet, a charter carrier that specializes in flying workers to and from northern Alberta's oil sands.

WestJet co-founder Tim Morgan is the CEO of Calgary-based Enerjet, which has more vacant time slots to deploy its three Boeing 737-700 jets because low oil prices have reduced charter bookings in and out of the oil sands.

Enerjet and other companies, such as Canadian North, are starting to feel the impact of decreased charter demand for flying oil and gas workers as energy producers scale back operations and chop the number of staff and contractors required. In Enerjet's case, the impact will start kicking in during the months ahead.

Jump On will rely primarily on Enerjet in the months ahead, but will be on the lookout to charter planes from other firms, too.

Routes being examined by Jump On include Edmonton-Vancouver and Edmonton-Kelowna. Another possibility is Edmonton-Fort McMurray because scheduled airfares between those two Alberta cities are expensive, said Mr. Jewett. He added that U.S. destinations being considered this year include Palm Springs, Calif., San Francisco, Las Vegas and Phoenix.

Oil slump puts diversification back in view for Alberta Premier Jim Prentice
May 12, 2018 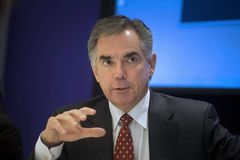 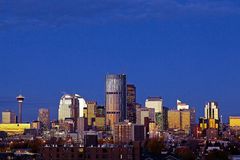