Last month, Lululemon founder Chip Wilson and his wife Shannon Wilson's foundation imagine1day quietly launched a new initiative. The Accelerator Fund is asking creative, entrepreneurial types not for money, but for ideas – and will give money to fund them. The goal is to raise funds for the foundation's efforts in Ethiopia, where it currently sends more than 60,000 children to school, focusing on rural areas.

Not long after the initiatives went live on their website, the Wilsons appeared on Bloomberg TV, where Mr. Wilson struck a foot-in-mouth pose, making his now infamous suggestion that the problems with Lululemon's pricey yoga pants (the pilling, and those pesky seek-through issues) are less about the pants than the women wearing them.

"Quite frankly, some women's bodies just actually don't work for it," he explained, later adding: "It's really about the rubbing through the thighs, how much pressure is there."

And things spiralled downward, public relations-wise, from there. Mr. Wilson has been skewered far and wide, including this week by Stephen Colbert – who, like many others, was not impressed by Mr. Wilson's apology to Lululemon employees, as opposed to yoga pant-wearing women everywhere.

"Hear that ladies? Chip Wilson is sad that your chafing ham hocks made him put his employees through this difficult time," said Mr. Colbert, in naming Mr. Wilson "Alpha Dog of the Week," later adding: "If Chip's 'I'm sorry' wasn't good enough, you probably couldn't hear him properly over the loud rubbing of your fat thighs."

Now, some have suggested Mr. Wilson was simply speaking the truth, but you don't need a Harvard MBA to understand that this was not the best business move by Lululemon's board chair.

While they weren't exactly, er, transparent about the reason, it's not a stretch to think he'd had enough of the media for a while. When I asked Ms. Wilson why her husband cancelled, she wouldn't comment. But she was eager to discuss the new initiative.

The imagine1day foundation launched in December, 2007, endowed by the Wilsons. Its goal is for all Ethiopians to have access to quality education, funded free of foreign aid, by 2030.

The foundation has provided support to 123 schools – building 23 of them – and is about to add an additional 103. This fall, it launched its first preschool program.

The idea is to get the schools to the point where they no longer need the help, such as one school in Abada, outside Mekele. Ms. Wilson was very moved by a speech there, delivered by the community leader.

"He said thank you so much for everything you've done for our community and now we want nothing more from you other than the opportunity to show you that we can take it from here, and be successful," says Ms. Wilson.

The Accelerator Fund aims to raise money for those efforts. People are being asked to submit ideas that could generate revenue – say, a film, an art show, an app. A panel of experts, including the Wilsons, will select the best five and help prepare them for a pitch event in Vancouver next spring. Then the panel will decide how much to invest – between $5,000 and $20,000 each.

"We're investing in people's ideas and connecting them to people that will really help develop them as entrepreneurs and business leaders," says foundation executive director Sapna Dayal. "And in exchange for that, they're helping us build our organization."

I asked Ms. Dayal, who spends about a quarter of her time in Ethiopia, if it bothers her that the Wilsons work so hard for something so important, only to be undermined by an off-hand remark about stretchy pants. (I write this realizing that I, too, have strayed from the original point of the story into the fashion fracas.) "What I can say is that Chip and Shannon are exceptional people and that they have provided vision and operational funding and really a lot of love to what we're doing in Ethiopia," she said. "I think that they will just continue to, I guess, show the world what they're about by way of their actions."

As for how Mr. Wilson is weathering his latest 15 minutes in the hot seat, she said he's doing fine.

"Chip is a very resilient and joyful person and it takes a lot to change that."

The deadline for submissions for the fund's first round is Dec. 15.

Helping at-risk kids get back in the saddle
November 22, 2013 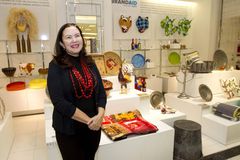 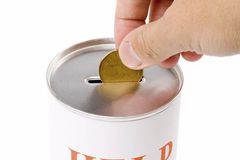