Warm weather and rain linked to the Pineapple Express weather system is forcing Mount Washington Alpine Resort on Vancouver Island to shut down its winter operations as of Monday, a rare situation that comes as industry operators fear the impact of climate change.

While too little snow put the brakes on ski season in one region of the province, Kitimat Village – a First Nations settlement near the town of Kitimat in northern British Columbia – was reeling from a major snowstorm that compelled Haisla First Nation to order the evacuation of the community's 800 residents on Sunday. Kitimat and Terrace have received nearly two metres of snow this week from that same Pineapple Express system, which knocked out power for days and required at least one person to be airlifted to hospital.

The 35-year-old Mount Washington resort had been struggling with temperatures of up to 10 degrees and a lower-than-normal snow pack. It attempted to remain open by limiting some services, cutting lift prices and cancelling night skiing.

But on Sunday, a spokesperson said operations would cease. The resort will shut down until further notice because the measures were not working – the move affects up to 500 staff.

"We've done everything we could over the past week to try to survive this Pineapple Express – these warm temperatures and the rain," Don Sharpe, director of business operations and marketing for the resort, said in an interview from Mount Washington, 40 kilometres from Comox.

Mr. Sharpe said this is only the second time in the 15 years he has worked at Mount Washington that such a step has been necessary. "We're saddened by the fact that we're closing, but we can't move any more snow around to keep it going," he said.

He declined to talk about financial impacts because the company is privately held.

Comox Mayor Paul Ives called news of Mount Washington's closing "disappointing" and said it will create ripple effects across the regional economy. "Certainly there's a spinoff effect to local restaurants, hotels and other businesses here in town," he said. "Hopefully the weather will turn around and they will get reopened."

He added he thinks climate change is a factor in the industry's woes, though the resort's business director, Mr. Sharpe, said things are not that clear cut. The resort, he points out, had its deepest snowfall on record two years ago.

"It's all over the map," he said. "For us, it doesn't appear that there's an ongoing trend. It just so happened that we had a warm spell that wiped out all the snow that we did have."

The Canada West Ski Areas Association, representing 135 ski areas and 153 industry suppliers, has a sharply different view, with plans at its annual convention in April to have five presentations on climate change and the environment. Part of the association's posted climate-change policy includes diversifying into summer businesses such as ziplines, gondola rides and mountain biking.

"Climate change and adapting to climate change is a big issue for the industry," David Lynn, association president and chief executive officer, said in an interview on Sunday.

The situation at the resort sits in sharp contrast to the massive blizzard that dumped 168 centimetres of snow between 4 p.m. Thursday and 4 a.m. Saturday in Kitimat, knocking out power to more than 5,000 residents – although most had their power restored within a couple of days. The nearby community of Terrace was also blanketed with about 159 centimetres of snow. Nechako Northcoast, the company contracted to clean the streets, requested help from the neighbouring town of Smithers on Saturday.

Ron Poole, district of Kitimat chief administrative officer, said his town still faces a few more days of cleanup. He said some snowbanks were nearly 12 metres high, and with warmer temperatures expected next week, flooding was a concern.

Winter temperatures in the region have been increasing slightly in recent decades, marginally shortening the spring ski season.

El Nino does have an impact, Mr. Lynn said, but it is part of a larger climate issue.

"I do believe the ski industry will be around 50 or 100 years from now, but it will obviously be somewhat different than it is today," he said. "There's no silver bullet. We will have to do a series of things in order to adapt to climate change and to be successful and survive as an industry."

Mr. Lynn said El Nino is varied impacts across his association's western Canadian membership with coastal areas more vulnerable than inland operations. For example, he noted that Okanagan resorts are having a good year.

How B.C.’s ski resorts are coping with global warming's threat to their existence
April 10, 2018 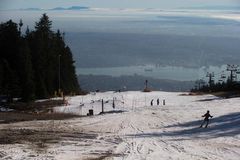 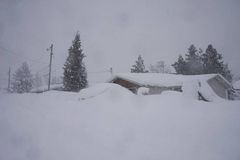 Green Party MLA Andrew Weaver is punching above his weight
May 12, 2018 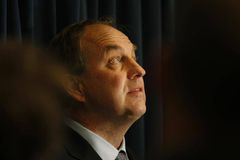