It is a summer of discontent for B.C. legal aid lawyers, a number of whom have threatened service withdrawal to protest underfunding.

But funding is only part of the problem for our justice system. As recent provincial and national reports have made clear, our justice system is too complex, too slow and too expensive. Not just for the poor, but for everyone. Fundamental change is needed.

The B.C. government is responding to the call for reform by implementing its 2013 Justice Reform and Transparency Act, convening justice summits, creating and supporting a justice and public safety council, establishing performance gaps and developing strategies. And its new Civil Resolution Tribunal, when it finally launches next year, will provide online dispute resolution for small claims and strata property cases.

Although these are valuable initiatives, they are also modest. They are certainly not transformational. And yet it is a measure of the difficulty of justice reform that even projects as careful and cautious as these are controversial.

What would real change look like? In June, a high-profile multiple murder trial commenced in Prince George. It's an important, difficult case. It is scheduled for eight months. Real change would start by asking why any murder trial should take more than a few weeks. Almost every case, no matter how complex, ultimately turns on a handful of evidence or the testimony of one or two witnesses. That's all that's really needed to get to the heart of the issues.

Take also the Stanley Cup riot prosecutions. The riot was in June, 2011. Nearly every minute of it was captured on video, with as much instantly available evidence as any law enforcement agency could ever hope for. And yet three years later, the prosecutions still grind on. Why is this taking so long?

The usual answer is that the justice system has to work this way if it is to be fair. But justice interminably delayed defeats accountability, process endlessly pursued simply drives up cost, and people will avoid any system that is too complex to understand. The problem is that we don't really have a justice system but rather a lawyers' system.

Change is hard partly because some of the most enduring values of our justice system also cause its problems.

For example, the principle that every lawyer's first duty is to their client. To state the obvious, clients don't always want to have their legal problem decided quickly. This is most obviously so in criminal law, where the defendant's best hope may be a trial delayed so long that the case collapses. In civil cases, too, parties may have strong reasons to delay the day of judgment, putting off accountability as long as they can.

Judicial independence – and the independence of the bar, police and Crown counsel – protect the justice system from political interference. And yet independence also fragments the system by creating silos and values that foster isolation rather than the collaboration needed to solve problems.

In a hospital operating room everyone works together to provide the best treatment for the patient. In the justice system, the main players are usually adversaries. They keep their distance, and look for the best deal for their client, no one else, and most certainly not for the system as a whole.

These elements of the justice system help protect us from arbitrary state power and other legal wrongs. But when a system founded on these principles becomes too expensive, too slow, and too complicated, then something needs to change.

Real reform means effective case management, with courts empowered to require litigants to present their case in days, not months. It means enforcing the rules of relevance, so judges can refuse to hear evidence that does not directly bear on the issues. It means specialized courts so judges hear cases only in areas of law they know well.

Create a structure for governance across the justice system that takes system management and accountability seriously, without compromising independence. B.C.'s new justice and public safety council is a start, but much more needs to be done.

Simplify the law. Cut the Criminal Code and Income Tax Act in half. Require cost benefit analysis for new legislation, so modernizing the law does not add unjustifiable new costs.

Of course, legal aid lawyers deserve to be fairly paid, too. And the justice system needs adequate funding. But there's no point in spending more money to feed a broken status quo. Fundamentally, what citizens want is not legal process for its own sake, but workable, affordable, comprehensible processes that actually solve their problems. Putting citizens' needs first, rather than legal traditions, is the way to justice reform that will actually make a difference.

Geoff Plant was B.C.'s attorney-general from 2001 to 2005. He practises law with Gall Legge Grant & Munroe in Vancouver. 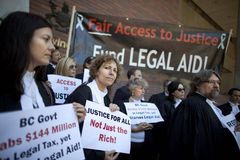 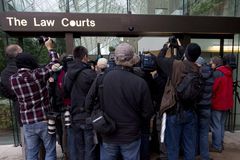