A man shot dead during a confrontation with the RCMP near Prince George on Monday is reported to have sent e-mails to a newspaper just before his death saying the police were trying to arrest him but he had done nothing wrong.

The Prince George Citizen said Greg Matters had been in contact with the paper in the days leading up to the shooting, telling the Citizen of his experiences in the military, his treatment for stress and recent troubles with the law, including his belief the RCMP were out to hurt him.

He also detailed a dispute with his brother at his mother's house on the weekend that apparently culminated in a police standoff at the rural property.

The paper said Mr. Matters sent conflicting messages to the Citizen on Monday, first writing to an editor that he was feeling better and would rather discuss his troubles with his doctor at the Vancouver-based Operational Stress Injury (OSI) clinic than with the newspaper.

"I am very fortunate to have a support mechanism of the OSI clinic, down in Vancouver," he wrote. An hour later he wrote the e-mail in which he said RCMP were trying to arrest him.

"Guess what now, I gave the police my hand written statement last night and now they wish to arrest me RIGHT NOW — they (have) police cars station right now on Pinko Road wanting to arrest me," he wrote in an e-mail time-stamped 11:04 a.m. on Monday. "This all goes back so much — the police wishing to hurt me — why do people want to hurt me — I did nothing wrong but protect myself and more importantly my mother and property."

Mr. Matters said his brother rammed into him but that he was eventually able to get his brother to stop and take his sibling's car keys after a fight.

"I called 911 several times for help — but like my previous experiences, they don't want to help, they want to hurt — can you help me," Mr. Matters wrote.

It's believed the car chase and crash brought the police to the scene and resulted in a standoff that ended with the fatal shooting.

The Independent Investigations Office has taken over the case because it involved a police-related death. Investigators will decide whether to recommend any charges against the officers involved. 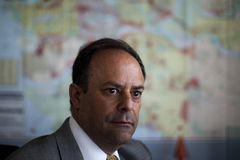 Agency tasked with probing police-related deaths gets first case
May 8, 2018 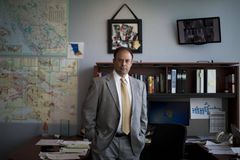