The toxic algae bloom that stretches along the West Coast from Santa Barbara in California to Cape Scott on northern Vancouver Island is so massive and so potentially destructive it seems like an apocalyptic event.

High levels of domoic acid, a toxin in the algae, have been concentrating in small forage fish, such as California anchovies, in some places causing the deaths of sea birds and seizures in sea lions.

Shell fish harvesting has been closed along almost the entire coast of Washington, Oregon and British Columbia over concerns the toxins could poison humans.

Is this how the end of the world starts with climate change? With a crippling drought that turns California's once-verdant croplands into dust bowls, and a poisonous sea?

One could be forgiven for thinking so in these troubling times, but Ian Perry, a research scientist with the federal Department of Fisheries and Oceans (DFO), does not see it that way.

"We see these kind of blooms [seasonally], so it's not unusual," he said from his office at the Pacific Biological Station in Nanaimo, where he was studying satellite imagery of the huge bloom.

"What is unusual this year is the size," he said. "To have this extend to the north end of the island and south to California this early in the year is unusual."

Dr. Perry said a high pressure system off the West Coast and an extensive warm, dry period, together with ocean upwellings of nutrients, created perfect conditions this spring for the annual bloom to explode.

The event, he said, is not caused by global warming, and will likely dissipate with a change in the weather pattern that has brought a long, hot, dry spell to the West Coast.

Dr. Perry said there are signs the bloom has started to weaken off Vancouver Island, where recent sampling indicates the amount of domoic acid, a dangerous neurotoxin some of the algae cells produce, has started to decline.

"The latest thing we've seen...is the levels drop," he said.

That will come as good news to the shellfish industry in B.C., much of which has been shut down by DFO and the Canadian Food Inspection Agency because of toxin levels.

But shellfish harvesters in Washington and Oregon may not be back in business as soon, because the domoic acid levels recorded south of the border have been 10 times higher than in B.C. waters.

Dr. Perry said the bloom appears to be the largest ever recorded, but big ones have happened before. In 1990, Canadian researchers used satellite and aircraft observations to track a massive bloom that exploded along the west coast of Vancouver Island, disappearing off the map along the Washington Coast. It is not clear how far south that bloom spread, but it too had a devastating effect on the shellfish industry. And it too came in conjunction with extremely high surface ocean temperatures.

The 1990 bloom was what is commonly known as a red tide (because it turns the water red) and, unlike the current green algae bloom, it killed both shellfish and salmon. In one test, fisheries scientists found young salmon died within about 20 minutes when put in a tank tainted with the red algae.

Dr. Perry said the current bloom does not kill salmon directly, but it could devastate stocks because it contains a lot of gelatinous zooplankton, which salmon do not eat, so they might have faced starvation this spring because it has replaced their usual food source.

While the massive bloom is not caused by climate change, Dr. Perry said it is a warning of what's likely to come on the West Coast.

"As the world warms up, we are likely to see these unusual occurrences of one sort more frequently than we used to," he said. 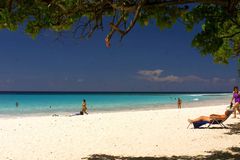 Climate change and health: drinking water in decline
May 12, 2018 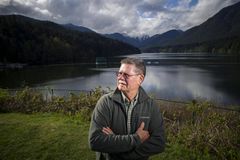