Production of the latest instalment in the Maze Runner series of feature films, which began in British Columbia, is set to resume next year – but not in this province.

The twist comes after an accident on the B.C. set of the film, The Death Cure, in March that severely injured its star, Dylan O'Brien, and forced a shutdown in production.

Making the film in B.C. directly created about 300 union jobs, plus spinoff work. To date, the film series featuring Mr. O'Brien as the leader of a group of people trying to survive after Earth has been devastated by a solar flare, has earned about $600-million (U.S.) at the global box office.

Although the film's production team has complied with orders by B.C's workplace safety agency on properly and safely executing stunts, the science-fiction film is to be finished in South Africa when shooting resumes in February.

A senior B.C. film-industry source, speaking on condition of anonymity, confirmed the shift, first reported last week on the Deadline Hollywood web site without specific reference to the new location.

The film, an adaptation of one of the young-adult novels of James Dashner, was supposed to be released in February, 2017, but producing studio Twentieth-Century Fox pushed the release to Jan. 12, 2018

The source said the shift in locations has come about because the film needs a summery kind of atmosphere available in South Africa, which has a robust production sector that can service a production on the scale of Death Cure.

The issue is that South Africa provides the right weather at a time that suits the production schedule, said the source.

"The decision has got nothing to do with B.C. as a place to shoot," said the source, noting the decision is not a slight against the quality of B.C's crews and production facilities.

Still, a spokesperson for a union representing 6,000 artists, technicians and craftspeople in the B.C. production sector said the decision stings a bit.

"Currently we are not hurting for work, but a lot of our members take pride in the quality of the work they do and they like to see a project through to completion," said Phil Klapwyk, business representative of Local 891 of the International Alliance of Theatrical Stage Employees.

"It's difficult to have a show walk away and not see the whole thing through."

Mr. Klapwyk said about 308 IATSE members worked on the film during its production.

Contacted about the Deadline report, a spokesperson for Twentieth-Century Fox replied with a statement that did not deny the move or resumption of production but, rather, said the studio would comment in due course.

In March, Mr. O'Brien was severely injured in a stunt that required him to move from one moving vehicle to another while production was under way in the Kamloops region.

According to a WorkSafeBC report on the incident, obtained by The Globe and Mail, the film's production team failed to ensure the safety of Mr. O'Brien. The assessment said he had received "minimal instruction" in navigating the stunt.

The WorkSafeBC report suggested a safety lanyard used in the sequence, was too short, resulting in Mr. O'Brien being pulled off one vehicle and then being suspended above the ground between the two, and leading to his injuries.

At the time, a senior Fox official contacted by The Globe disputed the findings of the inspection report, but said the studio deeply regretted the "terrible accident" and resulting injuries to Mr. O'Brien.

A written update released last week by WorkSafeBC said the production had dealt with various concerns, including a move to enact appropriate rehearsals and risk assessments "to eliminate risks associated with planned action sequences" and consider using qualified stunt persons when risks cannot be eliminated. 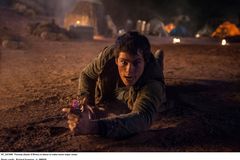 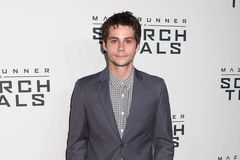 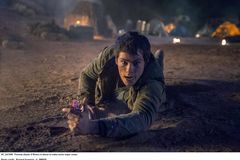