A British Columbia cabinet minister shared internal government correspondence regarding fraud allegations against a Chinese businessman with an employee of that businessman who is also a B.C. Liberal Party insider.

Pat Bell, the minister of jobs, tourism and skills training for the B.C. Liberal government, forwarded an internal government e-mail to Bill Belsey last year, according to documents obtained by The Globe and Mail.

Mr. Belsey is a former B.C. MLA who is no longer in the legislature, but remains a key member of the B.C. Liberals as the provincial party's vice-president. Mr. Belsey is currently employed by companies controlled by Chinese businessman Ni Ritao, including Sun Wave Forest Products.

Sun Wave paid about $9-million to purchase the Skeena Cellulose Pulp Mill in Prince Rupert in 2005, and said it planned to restart the mill and bring back many of the hundreds of jobs lost when the plant closed in 2001. It never did, and the mill, once the economic lifeblood of Prince Rupert, remains shuttered.

The city of Prince Rupert took back most of the land on Watson Island, where the mill is located, for unpaid taxes in 2010. Mr. Ni and Sun Wave are suing the city in a series of legal actions that have prevented the municipality from selling the land to other potential buyers. Prince Rupert Mayor Jack Mussallem said it has cost his cash-strapped city as much as $100,000 a month to maintain the site.

Mr. Ni, Sun Wave and the long-shuttered mill have been a significant issue for Mr. Bell, his ministry and the provincial government. The internal e-mail chain forwarded by Mr. Bell to Mr. Belsey includes information showing provincial government officials would be meeting to discuss the structure of a possible settlement with the Chinese businessman.

"… There will be a cross-Ministry meeting this week regarding Mr. Ni, Sunwave and developing a settlement framework. Below provides some additional context," Kevin Tsui, a B.C. government employee based in Beijing wrote in the e-mail sent Nov. 29, 2011, to at least six fellow bureaucrats in Canada.

The e-mail, which also summarized fraud allegations against Mr. Ni published in a Chinese magazine called Caijing, was then sent to Dana Hayden, the deputy minister of jobs at the time. Ms. Hayden forwarded the e-mail to Mr. Bell with the message "FYI Very interesting report on Mr. Ni."

Mr. Bell then forwarded the e-mail to Mr. Belsey.

The internal ministry correspondence was released under a provincial freedom of information request. Parts of the e-mail chain obtained by The Globe were redacted to comply with government policy to withhold any information containing "policy advice, recommendations or draft regulations" and "disclosure harmful to personal privacy." The version of the e-mail forwarded by Mr. Bell to Mr. Belsey was not redacted.

In two interviews conducted this week, Mr. Bell confirmed he had sent the e-mail to Mr. Belsey, but said he was certain he had not shared any sensitive information.

"None of it was policy or government. There was nothing in there that would give me any cause for concern," Mr. Bell said. Asked if it was proper to tip Mr. Belsey off to internal government meetings, he said he wouldn't do anything differently. "All those things were in discussion."

Sharing e-mails with third parties has cost other B.C. MLAs their cabinet posts. In March, Premier Christy Clark accepted the cabinet resignation of Harry Bloy after he admitted to leaking a government e-mail to a private company. Ms. Clark, at the time, said Mr. Bloy's actions were "the wrong thing to do" and "showed a clear lack of judgment."

Regarding his decision to share the e-mail, Mr. Bell said "it is quite different" from the situation that ended with Mr. Bloy's dismissal from cabinet.

Mr. Bell said he forwarded the e-mail to Mr. Belsey to give him and Sun Wave a chance to respond to the accusations contained in the Caijing article, which alleged Mr. Ni forged documents to inflate the value of the Skeena Mill as part of an attempted $200-million (U.S.) bank fraud scheme. None of the allegations have been proven, and representatives of Mr. Ni, including Mr. Belsey, said they are untrue.

Mr. Bell said he was not certain if he had ever met Mr. Ni in person. A photo taken in Beijing on March, 27, 2011, and posted on a B.C. government website shows Mr. Bell meeting with representatives of "China Bamboo Paper Holding Group," including Mr. Belsey. China Bamboo is a company also controlled by Mr. Ni.

Mr. Belsey, in an interview conducted last Friday, said he could not recall receiving the e-mail from Mr. Bell. He said it wouldn't be unusual for the two to communicate that way.

"We talk about all kinds of things. I do lobbying. I'm a registered lobbyist with the province. Pat and I went into government together. We shared a passion for forestry issues," Mr. Belsey said.

The BC Liberal Party vice-president said he would be meeting with Mr. Bell this week to discuss Sun Wave and the mill. Mr. Bell, however, denied he had a meeting scheduled with Mr. Belsey.

Mr. Belsey said he travelled with Mr. Bell in China in March, 2011, when the minister was on a trade mission. He said Sun Wave's problems with the mill and Prince Rupert were among "a number of things discussed" at the meeting on March 27 in Beijing with representatives of China Bamboo. Mr. Belsey said he thought Mr. Ni was at the meeting with Mr. Bell, though "he couldn't be positive."

Bloy resigns from cabinet over leaked information
May 3, 2018 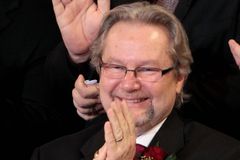