Almost none of the 75 recommendations B.C. Supreme Court Justice Bruce Cohen made on how to restore sockeye stocks in the Fraser River have been acted on by Ottawa, two federal ministers indicate.

Critics have long accused the government of failing to follow up on the $26-million Cohen Commission report in a meaningful way.

But it wasn't until Liberal MP Lawrence MacAulay recently asked detailed questions about which recommendations were adopted that the government verified the extent of its actions.

In written replies earlier this month, Environment Minister Leona Aglukkaq states most of the Cohen recommendations "are directed solely" at the department of Fisheries and Oceans and only 10 were aimed at her ministry. Of those, seven were accepted and three, dealing with marine spills and pollution monitoring responsibilities, were rejected.

Fisheries Minister Gail Shea also states in writing that DFO "has and will continue to implement Cohen recommendations as part of our day-to-day operations." But she gives only one example of a recommendation (related to restrictions on salmon-farm expansion) that has been followed.

She does list four "new investments," which "highlight support for Cohen recommendations," but none of those programs, such as $54-million promised over five years for aquaculture sustainability, were requested in the Cohen report.

Mr. MacAulay, vice-chair of Parliament's Standing Committee on Fisheries and Oceans, said "Mr. Cohen is probably the most knowledgeable person in Canada" on B.C.'s sockeye problem, and he is perplexed by the government's failure to follow his advice.

"It's impossible for me to understand why a government would put a Cohen Commission together, spend that amount of money and then not adhere to anything they had to say, and not even have the man come before the fisheries committee," said Mr. MacAulay. "It would look to me like they do not want to hear what he has to say."

In his questions, Mr. MacAulay also asked for "all briefing documents prepared for all departmental officials" related to Mr. Cohen's recommendations, but DFO blanked out the titles of 17 of the 19 reports it listed, indicating the documents were under cabinet confidence.

"Has conservation become a secret in this country?" asked Mr. MacAulay.

"This is very disappointing," said Craig Orr, executive director of the Watershed Watch Salmon Society. "All of this would be laughable, if tears weren't rolling out so much."

Dr. Orr said the Cohen Commission provided the government with a blueprint for restoring the Fraser River's sockeye run, but the government ignored it.

"Shea is just promoting aquaculture. She's not protecting wild fish, which is what Cohen called for," said Dr. Orr. "It's just a PR thing [for her] to say DFO is consistent with the Cohen recommendations. Nobody sees that happening in the Pacific Region."

Otto Langer, a retired DFO employee who has become an outspoken critic of the department on the West Coast, agreed with that assessment.

"Really a bafflegab response," he stated in an e-mail. "The DFO response is much more evasive than the [Environment Canada] one and is overly generalized and is nothing but an attempt at spin doctoring."

Mr. Langer couldn't understand how Ms. Shea could say her department is implementing Cohen's recommendations, when DFO has undergone staff and budget cuts since the report came out in 2012.

Alexandra Morton, an independent researcher and environmental advocate, was critical of DFO, saying Mr. Cohen called for restrictions on salmon farming along the migratory route of sockeye salmon, but that has not been done.

Environment Canada and DFO were not able to immediately to respond to questions.

In his report, Justice Cohen called for the government to adopt a policy that put wild salmon first, to do more research on diseases and to ensure that salmon farms don't impact wild stocks. 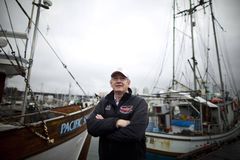 Will Ottawa side with First Nations and block B.C. dam? Subscriber content
May 21, 2014 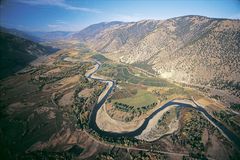 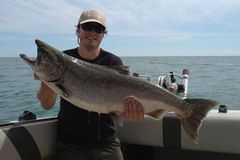