The body of a missing University of B.C. student has been found in a water tank on the roof of a Los Angeles hotel where she had been staying.

L.A. police confirmed the identity of the dead woman late Tuesday, media reports said.  Ms. Lam had been a student at the University of British Columbia this past summer.

The rooftop where the body was found by a maintenance worker responding to complaints of low water pressure contains four large water tanks. Each has a small, sealed opening. Firefighters had difficulty removing the body from inside the tank.

Ms. Lam is seen pushing numerous buttons, hiding in a corner, peeking out into the corridor, pressing more buttons, and finally waving her arms about, before walking away, with the elevator still stuck on the same floor.

The video was recorded on Jan. 31, the last time anyone is known to have seen Ms. Lam.

Ms. Lam checked in at the Cecil Hotel several days before her widely watched elevator experience. She had been due to check out on Feb. 1.

She had been in regular contact with her family, until she went missing. She had been travelling alone.

At the time of Ms. Lam's disappearance, police suggested she may have been the victim of foul play.

Residents at the Cecil Hotel were not happy at news of the body in the water tank.

"I'm really disgusted. Wouldn't you be, if there was a dead body in the water tank you're drinking from?" Annette Suzuki complained to the Los Angeles Times.

UBC spokesman Randy Schmidt confirmed that Ms. Lam had attended summer school at the university, but was not registered for the current session. 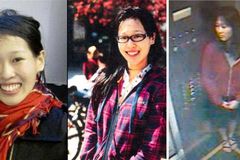 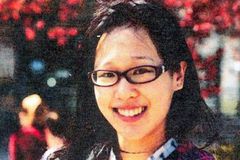