Collision rates increased in nearly half of the 33 highway zones where the B.C. government raised speed limits two years ago – and the number of serious and fatal crashes increased by 11 per cent.

But the province says it will roll back the speed limit for just two zones where the crash rate went up, relying instead on measures such as improved road markings, better signage and new rumble strips for the rest.

The B.C. government increased speed limits along the stretches of highway in 2014 – generally by 10 kilometres per hour, and against the recommendations of some health officials and police.

Transportation Minister Todd Stone, who announced the new measures on Tuesday, noted crash rates went down or were unchanged in 19 of those areas.

When asked whether the government erred in raising speed limits, he replied: "Not at all." But at the same time, he said the province wants to do everything it can to mitigate risks to the motoring public and is carefully studying the data.

"The most prudent and responsible thing to do here is to assess each and every segment on its own merits and ensure that we're doing everything we can to have the safest possible speed limit on that segment, which is why we embarked on this initiative in the first place," he said.

Of the 14 segments that saw crash rates go up between Nov. 1, 2014, and Oct. 31, 2015, Mr. Stone said seven had an increase in the rate of speed. The other seven segments, he said, saw a reduction in the rate of speed, but the collision rate increased nonetheless.

He said B.C. highways where speed limits were not raised also saw an increase in the collision rate, a climb of 9 per cent. He said distracted driving, changing weather conditions, driver error, alcohol and wild animals are among the elements that can also factor into highway crashes.

But Tarek Sayed, a professor in the University of British Columbia's department of civil engineering, said the decision to increase highway speed limits had a measurable impact. A report by Dr. Sayed was released alongside a Ministry of Transportation report Tuesday, though he did not attend the news conference.

"We got an 11 per cent, statistically significant increase in injury and fatal collisions following the implementation of the speed limit increase," he said in a phone interview.

Dr. Sayed said he, as a professor of transportation, is generally wary of raising speed limits. He said increased speed can lead to increased injuries and fatalities, and boost the severity of collisions. He said a fast vehicle also needs more distance to stop and a driver might have less control.

A ministry spokesperson said there were 34 fatal crashes along the 33 stretches of highway in 2015, compared with 29 in 2014. She, too, said crashes can be caused by a number of factors.

Bonnie Henry, B.C.'s deputy provincial health officer, said in an interview she was "very disheartened and concerned" about the 11-per-cent increase. The Office of the Provincial Health Officer previously raised concerns about the effects of raising speed limits.

Dr. Henry said she was pleased to see the B.C. government will roll back speed limits in two of the zones, though she'd like the province to go further.

"I would like to see the speeds go back in all of the areas," she said. "But I do recognize that in one year you may not see a trend that you may see over several years."

Claire Trevena, the Opposition NDP's transportation critic, questioned why the province raised the speed limits in the first place.

"It was one of those where, 'Why? Where did this come from?' There hasn't been a big push for an increase in speed limits," she said in an interview.

Lower speed in cities to save pedestrians and cyclists: report
March 31, 2016 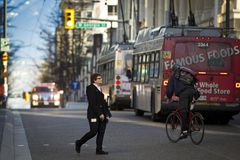 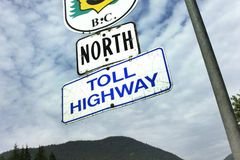 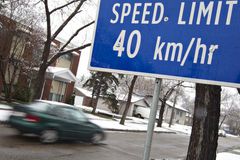