It's a recurring nightmare that the mother of four-year-old Alexa Middelaer cannot escape.

Alexa was killed in a drunk driving accident in 2008. She had an older brother, Christian, who is now 10. Their mother, Laurel Middelaer, left Christian to go to Alexa at the scene of the accident.

Ms. Middelaer earlier this week recalled the difficult choice she made when she arrived at the scene of the roadside accident.

It was in late afternoon on May 17, 2008. Alexa had been feeding a horse by the side of the road. Carol Berner, who had three glasses of wine before getting behind the wheel, drove into a parked car that hit the little girl and her aunt, Daphne Johanson.

"I am haunted by emerging on that scene," Ms. Middelaer told the court during a sentencing hearing for Ms. Berner, who has been convicted of dangerous and impaired driving, causing death and serious harm.

"I stood by the front end of the car, with Alexa's purple basket at my feet, with the horse cookies sprinkled all over the road, and I just stood … dumbfounded. I bought her that basket, and she had so carefully filled it with treats that day, there it lay, at my feet, beside Alexa's Crocs, with the straps broken on the back," she said.

She first saw Ms. Johanson. "I saw her arm moving, and I knew she was alive," Ms. Middelaer said.

She saw Alexa lying on the ground, then being lifted onto a stretcher. "I ran to her, forgetting all about Christian, my dear son, by my side. I am haunted by the fact I could not hold her, I could not care for her," Ms. Middelaer said.

Being left alone at such a moment had a lasting impact on her son, Ms. Middelaer said. Christian felt abandoned. He has been receiving counselling since the accident, seeing a specialist for trauma and death.

"His biggest issue that he had to overcome was the fact that his mommy ran from him in the midst of the worst carnage he had ever witnessed," Ms. Middelaer told the court.

"The guilt I feel for leaving him and running to Alexa is one that I can logically rationalize, but emotionally, I can never forgive myself. Thankfully, his therapist has helped him navigate these waters," she said.

Christian's deepest fear, Ms. Middelaer said, was that Ms. Berner was still driving and would hit him next.

"It took a lot of coaxing to rise beyond this fear, and knowing that Ms. Berner lived in our community, he was very anxious about bumping into her in Safeway, London Drugs or anywhere," she said.

Ms. Middelaer said she sometimes finds Christian lying on Alexa's bed, surrounded by her toys. "I can only guess what is going through his mind," she said.

Alexa's father, Michael Middelaer, said he and Ms. Middelaer are now exploring options to have another child. "Laurel and I feel our family is terribly out of balance. We also know that our son is feeling and knowing that something is askew … in simple terms, he misses his perfect playmate.

"So here we are, both at the over-ripe age of 45, trying to figure out how to expand our family again, and frankly, the options we face are expensive - IVF is not cheap and neither is maternity or paternity lave. They are also risky and emotionally taxing," he said.

Provincial Court Judge Peder Gulbransen is to release a written decision on the sentencing of Ms. Berner on Friday. Crown prosecutor Kimberly Wendel has recommended a sentence of three to five years on each of four counts, to be served concurrently. Ms. Berner's lawyer David Tarnow proposed a suspended sentence. 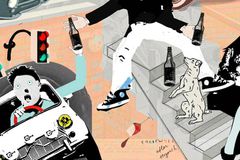 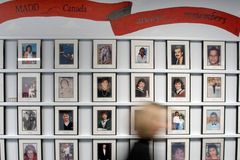