Observers are reacting with outrage and disbelief to newly disclosed documents that suggest the RCMP's highest-ranking B.C. member warned the provincial government last year that budget cuts would restrict the Highway of Tears investigation into murdered and missing women in B.C.'s north.

"It's just disgusting, frankly," Mike Farnworth, the public-safety critic for the New Democratic Party, B.C.'s official opposition, said on Wednesday in an interview. He added that the news raises questions about whether funding for the RCMP will be cut further in the provincial budget later this month.

Grand Chief Stewart Phillip, president of the Union of B.C. Indian Chiefs, said the news had "blown a hole in my day" and is inappropriate given the crisis of missing and murdered women – many of them First Nations members – along Highway 16, which runs for more than 700 kilometres between Prince George and Prince Rupert.

"It deeply angers me that in the face of what I keep describing as a national disgrace, this issue of missing and murdered women, we have a government here in British Columbia that is so dismissive of the issue that they refuse to invest resources or any real effort into addressing the issue," he said.

On Wednesday, The Canadian Press reported that documents released through a freedom-of-information request include a memo to the provincial government from RCMP Deputy Commissioner Craig Callens raising concerns about budget cuts.

The province and RCMP have confirmed that the $1.4-million in budget cuts in 2014-2015 led to the removal of six officers from the eight-year-old E-PANA task force, which has been working on 18 cases of women who disappeared or were found dead along Highway 16.

Suzanne Anton, the Attorney-General and Minister of Justice, said in a statement that she is confident police officials can be flexible in their use of resources and are dedicated to the Highway of Tears investigation.

"I am confident the RCMP remains committed to Project E-PANA and the families of the 18 women and girls who were murdered or are missing, with whom they have built strong relationships over the course of their investigations," she said.

On Wednesday, the RCMP issued a statement that E-PANA is still a "priority investigation" and that the investigative team has adjusted to the cuts.

At one point, the statement said, 70 investigators and support staff were working on it, but that number now stands at 12.

"While the number of investigators have scaled down, we have the resources necessary to deal with the investigative needs at this time from interview to forensic analysis," said the statement issued by RCMP spokesperson Sergeant Annie Linteau.

Mr. Farnworth called the RCMP response predictable. "That's pretty much what they have to say: They do their best with the resources they have." He added that the cuts are bound to affect investigations.

The Ministry of Justice and the Attorney General said the overall provincial funding allocation for the RCMP in 2014-2015 actually went up by $5-million, but increased policing costs have created "fiscal pressure."

"While it is up to the RCMP to decide how they determine policing services and work within their budget, it is important to note that specific budget reductions in the current year were informed by consultation with the RCMP and agreed to by the Province," it said in a statement.

Mary Teegee, an executive director of Carrier-Sekani Family Services, which is host agency for the provincially funded Highway of Tears Initiative on safety in the north, said the cuts and the commissioner's warnings do not make a lot of sense.

Ms. Teegee's first cousin is among the women at the centre of the Highway of Tears tragedy. Sixteen-year-old Ramona Wilson vanished in 1994, and her remains were found 10 months later near Smithers, B.C. No arrests have been made in the case.

"When there are so many people hurting, how can you justify those cuts," she said in an interview from Prince George. "Austerity is not, in some cases, the most important bottom line. We're dealing with human beings here." 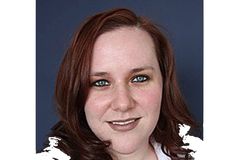 B.C. healing centre a shameful example of how we fail aboriginal women
January 30, 2015 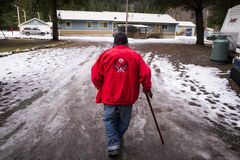 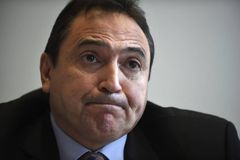