For many Canadians, summer brings the seasonal headache of weeding. But for the agricultural sector, invasive plants are a serious concern. The Canadian Food Inspection Agency has estimated that weeds in Canadian crops and pastures cost an estimated $2.2-billion annually.

The Peace River Regional District is taking an innovative approach, bringing several hundred goats to the edge of Fort St. John this weekend to munch on its invasive plant problem.

For the second year in a row, Conrad Lindblom will drive from his home in Beaverlodge, Alta., about two hours northwest, across the B.C. border. Along with 600 mixed-breed goats in a cattle liner – he has about 1,000 goats in Beaverlodge – he'll have with him camping gear, five dogs, two college students to help with herding, and his wife, Donna.

Elaine Armagost, the invasive-plant program manager for the Peace River Regional District, has called upon Mr. Lindblom to help suppress the Dalmatian toadflax, a noxious weed that has invaded the area, where it could pose a threat to native plants and agricultural crops.

"We grow heavy production of canola in this area," Ms. Armagost said, "so we're really worried about it getting into an agriculture setting."

Over the years, other methods of dealing with the toadflax had proven ineffective, she said. The infested area is too large to apply herbicide, too steep to pull the plant out by hand, and too cold in winter for the insects used in other parts of the province for weed control.

Ms. Armagost met Mr. Lindblom in June, 2011, at a workshop he presented in Grande Prairie, Alta. The next month, she had him and his goats at work. Last summer's operation was considered a success, andMr. Lindblom said that dealing with a persistent perennial plant such as the Dalmatian toadflax requires return visits over a few seasons.

Mr. Lindblom said he is the only one in Canada doing prescribed goat grazing commercially, and that "there's a lot more business than we can handle." His summer season schedule is already filling quickly, he said, with contracts lined up with regional governments and forestry companies in B.C. and Alberta.

For generations, homesteaders used animals such as goats and sheep on their properties for this kind of work. But the professional grazing done by Mr. Lindblom and some farmers in the United States is a more recent and increasingly popular idea. Mr. Lindblom said he would like to mentor anyone looking into the business so it can become more widespread in Canada.

Mr. Lindblom and Ms. Armagost said that prescribed goat grazing is not only more effective than other methods in certain situations, it has the benefit of being more ecologically sound than using herbicides and chemicals. Loren Rieseberg, a UBC botany professor, said: "If the goats can do it, more power to them. It's a creative solution. I'm all for it."

The Lindbloms and their herdspeople plan to be in camp at Fort St. John for about two weeks.

They typically start each day around 8 a.m. with a hot breakfast: pancakes, oatmeal, bacon and eggs. Mr. Lindblom said that often, the students he employs tell him they don't eat breakfast, "but within two or three days there, they can have a pretty good breakfast, with all that fresh air and a lot of exercise."

With the dogs' help, they'll take the goats out to the infested patch each morning. Then after a few hours, when the goats lie down to chew their cuds, the herdspeople break for lunch. They go out again for some afternoon grazing, come back around 6 p.m. to barbecue for dinner.

Then, maybe get in a bit of fishing in the evening.

"It's peaceful and nice," Mr. Lindblom said. "Just get out there and enjoy that beautiful scenery." 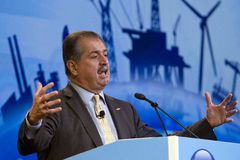 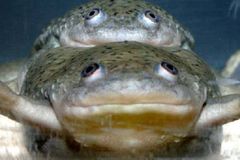 Should you be worried about pesticides in wine?
August 31, 2011 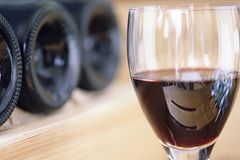 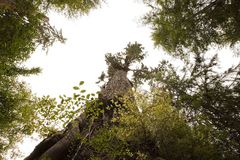