Fifty years of bookselling can generate a lot of stories. And sitting in his office at Victoria's Munro's Books, proprietor Jim Munro has volumes of them to share. They go way back to the time he and his then-wife, Alice, (yes, that Alice Munro, as the store's website says) decided to open a little book shop, and how she, working some shifts in the store, was inspired to write her own work.

They both – the writer and the seller of books – wound up doing okay for themselves, in their different and ultimately separate literary lives.

In September, Munro's will mark 50 years in business. As you walk around this neoclassical temple to the printed word, you find yourself silently urging browsers to buy something. If you are a book lover, you want a store like this to be around forever. This is the kind of place where employees (some of whom have worked here for years) spend their breaks in a comfy chair in the staff room, reading. Where customers, looking for help, will actually get an informed recommendation.

The kind of place that is threatened with extinction.

With a paradigm shift, book retailing is facing enormous challenges. Other independents have closed – including Duthie Books and most of the Book Warehouse locations in Vancouver, and further east, Nicholas Hoare and a couple of McNally-Robinson stores; even U.S. book retailing giant Borders went under.

Mr. Munro has felt the effects too. "The eBook came along and things started to go downhill rapidly," he says.

But approaching 50, Munro's is still operating and even profitable – and celebrated. Earlier this summer, the U.S.-based website Buzzfeed (which tracks and creates viral online content) named Munro's one of 16 bookstores to see before you die.

Mr. Munro was born in Oakville, Ont. After high school, he had hoped to attend Trinity College at the University of Toronto, but didn't get in; he had failed trigonometry. At the University of Western Ontario, he met his future wife, Alice Laidlaw.

Mr. Munro got a job with Eaton's in Vancouver. He expressed an interest to the personnel manager in working in the books section.

"He looked at me like I was some kind of weirdo," Mr. Munro recalls. "And he said: 'There's no money in books.' He started me off in men's underwear."

After 12 years at the department store – where a favourite duty was writing ads for the bargain basement – Mr. Munro ignored the "no money in books" advice and opened his first little shop on Yates Street in Victoria in September, 1963.

It was while they were at that location that Ms. Munro, frustrated with selling books she could write circles around, published her own first collection, Dance of the Happy Shades, which won the Governor-General's Award for Fiction.

(The couple later divorced, but Ms. Munro has returned to the store for book signings, and fans often come looking for her work. "One of them even asked me to autograph one of her books," Mr. Munro says. "I think I put a disclaimer in there.")

After a move to Fort Street in 1979, Mr. Munro bought a large, stately building from the Royal Bank in 1984 that had been for sale for some time.

"Nobody wanted a used bank building. … But I looked at it and it looked like a library to me."

It had been "hideously modernized," he says, and he undertook a massive renovation, removing the ugly linoleum, restoring the spectacular ceiling, adding stained glass windows.

"I always had visions of grandeur," he says. "I had bought this store, 6,000 square feet in '84, and everybody was absolutely incredulous that we had a building this big. I was dreaming of being Louis XIV with his Versailles. That was one of my childhood fantasies."

The business, which received a boost with the rise of the credit card, grew steadily until the arrival of Chapters.

"It really hit us hard," Mr. Munro says. "Our sales declined by at least a third in a couple of years. For two years, we didn't have any profit at all." His employee profit-sharing program yielded no returns.

"But then it came back," he says. "Then we crawled back."

"But then" – he starts to laugh – "the digital book came along. And the recession hit at the same time." Fewer U.S. tourists were travelling to Victoria – new passport rules were a factor along with the economy – and sales suffered.

But the store still makes money, thanks to efficiencies: fewer staff members (about 22, down from more than 30); a computerized system that tracks stock; and a very low rent charged by the landlord – Mr. Munro.

"I want [the store] to prosper," he says. "As long as you're sort of comfortably well off, extra money doesn't mean anything. I don't have yachts or anything. My visions of grandeur sort of ended when I bought this building."

Struggling with an arthritic knee since last summer, Mr. Munro now keeps banker's hours, as he calls them. He says he will have to retire at some point. In the meantime, he is excited about marking 50 years in the book biz.

Why is it easier to run a Canadian bookstore in Paris than in Canada?
August 30, 2013 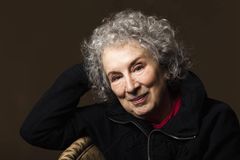 What is good for a business isn’t necessarily good for the country
August 27, 2013 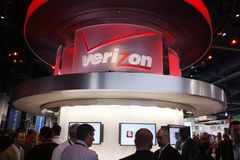 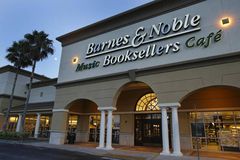