Wanting Qu leads a bifurcated life. In Asia, she has become an award-winning, platinum-selling singer-songwriter. In Vancouver, where she has lived since she was a teenager, she is playing career catch-up (even if she's Tourism Vancouver's first ambassador). She sings in English and Mandarin. English comes more naturally to her, she says.

Born in Harbin, China, Wanting – her stage name corresponds with her Mandarin given name – moved to Canada at 16 to study. She spent six months in Ontario, then moved to Vancouver, where she eventually enrolled at Simon Fraser University, taking economics courses – at her parents' insistence. But when things went terribly wrong – a bad breakup with a boyfriend, then SFU asking her to withdraw due to poor marks – she took $3,000 she was supposed to be spending on tuition and bought herself an electric piano.

She also pursued the legendary co-founder of Nettwerk Music Group, Terry McBride, who now manages her.

Ahead of a tour promoting her second album, Say The Words, which kicks off in Vancouver next week, The Globe and Mail met with Wanting, now 30, at Nettwerk's new Vancouver headquarters.

Tell me about your time at SFU in Vancouver.

In 2004, after four years being in Canada by myself and studying all these courses I don't like, I just felt miserable. I had all these questions in my head. What am I going to be? How long does it take? If I moved here with my family it would be different because I know that I'm going to be spending the rest of my life here in Canada. But as an international student, I was like, am I going to be here, am I going to be accepted here? Am I going to be great here? Do I want to go back to China? I honestly don't want to. I feel free here. So I had these questions in my head for a long time. Even til this day, maybe. I still kind of question myself. Is this my home? Is China my home? In my heart, there's two homes. But I definitely know I want to raise my kid in Canada, not in China, if I ever have a child.

The air is cleaner here and people are more positive here, I find. Over there everybody wants to be successful and it's very competitive. They compare your looks, they compare your singing voice.

Do you feel the air in China affects your singing voice?

Oh yeah, when I'm in China, in Beijing, I crack my voice during a show. I do. I get so frustrated. You can't explain it on stage, but I know it's the air. But fans, they don't know.

When did you start writing music?

What was going on at that time?

I was asked to withdraw from SFU because of my grades and I registered for a few courses at Coquitlam College. But within the first week I dropped out. For five months I didn't have anything to do. I was listening to a lot of Sarah McLachlan, Coldplay, Dido. And I was in the car one day and I heard [about] a conference on the radio. They said if you are interested in becoming a successful musician or manager, producer in the music industry, come to this workshop. So I went. That's where I met Terry. He introduced himself [on a panel] at the time: 'I manage Sarah McLachlan, Avril Lavigne,' and in the back of my head I was thinking he's going to be my manager one day.

That same year, summertime, Sarah had a concert at GM Place and I bought a floor ticket. That's when I saw Terry again, the second time. After the show, the lights came on and I saw Terry. So I start running to him and I'm like excuse me! Are you Terry McBride? He's like, yes I am. I was like, I remember you from the workshop and my name is Wanting, like you're wanting something. And then I said I love your artists. I love Sarah McLachlan, I love Dido, I love Coldplay and I love Avril Lavigne. And I'm also a singer-songwriter; I write my own stuff, I have a band. I don't have my material right now but I want you to remember me. Remember this face: this Asian chick with braces who writes songs. So [he said] show me your songs when you're ready. And then he gave me his card and he shook my hand. Four years later, I made an EP and that's when I showed him my music. And then he signed me.

You've won all kinds of awards in China. You're hugely popular there. But you didn't even get a Juno nomination here for Say The Words. How does that feel?

I get really frustrated sometimes. I want to be successful here. I feel like people haven't heard me yet and I have the confidence that if people do hear me, hear my songs, if they come and see me play my shows, they're going to like it, they're going to love me.

Lessons for the arts in struggles and successes of Vancouver Olympics
January 30, 2014 The man behind Vancouver’s Olympic ceremonies on the ups and downs of producing the events
February 7, 2014 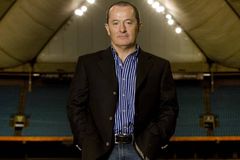 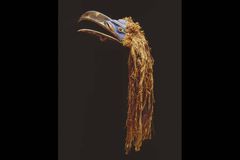