Nanaimo City Council has a long-standing history of conflict and dysfunction and its members need tutoring on basic ground rules for respectful behaviour, an independent investigator's report concludes.

That includes managing conflict in the conduct of council business, the report says, adding that the mayor – in his capacity as chair of council meetings – "requires training and support in the management of emotional outbursts and disrepectful conduct."

The report, by Vancouver labour lawyer Roslyn Goldner, follows months of turbulence at Nanaimo council, including allegations of bullying against Mayor Bill McKay and the release this week of a video of an alleged assault against a city employee.

Ms. Goldner's report has not been publicly released but a copy was provided to The Globe and Mail.

The report, dated July 20, found the conduct of council members toward each other to be "rude, disrespectful [and] at times intimidating" and that the conduct created a "hostile work environment" for a city manager and staff, even if staff were not the direct targets of the rude behaviour.

But the report stopped short of finding that bullying and harassment – alleged by a complainant – had occurred, saying the behaviour that resulted in those allegations "is more aptly characterized as uncivil workplace conduct."

In an interview on Wednesday, Mr. McKay said he could not discuss details of the report, because council had not yet discussed it and because it contained confidential employee information.

But he said he would respect its recommendations.

"All members of council, individually, need to commit to putting their personal issues aside, in favour of conducting the public's business," Mr. McKay said. "I have strived for that since the first day we took office," he added.

Questions about the report's conclusions have been swirling since Monday, when Tracy Samra, the city's chief administrative officer, released a statement saying an independent consultant "has confirmed that the conduct of Mayor Bill McKay, Councillor Diane Brennan and former councillor Wendy Pratt has created a hostile work environment for City of Nanaimo chief administrative officer Tracy Samra."

In the same statement, Ms. Samra – who is currently on leave – included a link to a short video that showed Ms. Pratt rushing across a room.

In her statement, Ms. Samra alleged the video showed an assault that occurred in February and that she had reported the assault to the RCMP.

Ms. Pratt resigned as councillor in April. She could not immediately be reached for comment.

Mr. McKay said Ms. Samra's statement was "factually incorrect," but declined to comment further, saying to do so would involve talking about specific details of Ms. Goldner's report.

Ms. Samra said she issued a statement about the report because she worried its findings would not be made public.

"The mayor was vehemently opposed to hiring me and he's never reconciled himself to the fact that I was hired," Ms. Samra said.

"And for the last 20 months, day in and day out, he has had inappropriate and unprofessional conduct toward me," she added.

In her report, Ms. Goldner said she found the relationship between the complainant and the respondent is conflict-ridden and dysfunctional and that "they are embroiled in a classic power struggle which has impeded their ability to work together and has created a negative work environment."

Ms. Goldner was also retained to investigate allegations of a toxic work environment in the Vancouver School Board.

In a report earlier this year, Ms. Goldner concluded that bullying and harassment occurred at the VSB. 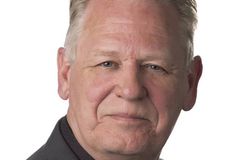