British Columbia's Health Minister is attempting to distance herself from a committee chaired by Liberal caucus members who have been holding consultations about the future of a Burnaby hospital after documents were leaked that show party insiders discussing ways to use the committee to score votes.

The Opposition NDP has obtained a letter from three people with close ties to the Liberal Party urging the government to seize on the future of Burnaby Hospital in an effort to gain votes and possibly "deliver a new seat" for the Liberals in Burnaby.

Among their suggestions was a committee to "engage and consult the public" about what to do with the aging hospital, which has prompted debate over possible upgrades and expansions for more than a decade.

The leaked documents and the heavy presence of Liberals on the committee have prompted accusations of political interference from the New Democrats, who say any reports from the committee should be ignored.

But Health Minister Margaret MacDiarmid insists the committee has nothing to do with her ministry, the Fraser Health Authority or any part of the formal planning process. The health authority is currently preparing a master capital plan to oversee any upgrades or expansions.

"[The committee] was separate from government — they [Mr. Bloy and Mr. Lee] decided that they wanted to do it," Ms. MacDiarmid said in an interview Monday.

"Nobody was less than supportive, but it wasn't government-sponsored, there hasn't been any public funds that have gone to it."

Ms. MacDiarmid insisted any decisions about the hospital will be based on good policy, not good politics.

"I believe Fraser Health will have a look at it, but the actual planning, that's a formal process led by the health authority with people who have real expertise," she said.

The public could be forgiven for assuming the committee was an official arm of the government.

The committee was announced at the same April 27 news conference in which Mr. de Jong outlined Fraser Health's capital planning process for the hospital.

Mr. Bloy posted photos and a news release about the committee on his website under the heading "B.C. Government Caucus News Releases." The news release said the committee would work "co-operatively with Fraser Health" on the capital plan.

In June, when Burnaby Mayor Derek Corrigan said the committee wasn't part of the official planning process, one of the committee's members, Thomas Tam, said that was incorrect. Mr. Tam wrote a letter to the Burnaby News Leader newspaper insisting his group was indeed an official committee that was "empowered" by the health minister to consult with the public.

And last month, committee member David Jones wrote a blog post describing the group's role this way: "The volunteer committee was given the task — by then-minister of health Michael de Jong — of asking the citizens of Burnaby and east Vancouver what their thoughts were."

The leaked documents suggest another motive for the committee. In particular, the NDP is pointing to a three-page letter from December of last year signed by Ms. Gardner, Brian Bonney, a government communications director, and Mark Robertson, who currently works for the Liberal Party.

The document, which the NDP says was distributed among government staffers, argued supporting improvements to Burnaby Hospital could boost the party's fortunes in the next provincial election, particularly when it comes to the Burnaby-Deer Lake riding occupied by New Democrat Kathy Corrigan.

The document urged the government to either announce upgrade plans or announce public consultations, even if it wasn't ready to commit any money to actually do any work at the hospital, before the NDP had a chance to jump on the issue.

"This would keep the issue ours without committing $$ and buy us time to do some polling and confirm this is a winning issue," the document said.

Kathy Corrigan, whose riding includes the hospital, said the committee's work is tainted and should be ignored. She said it's not credible for the government to insist the committee is merely a side project by a few Liberals.

"These people are suggesting, 'Don't look behind the curtain, don't look at what we did,' " Ms.  Corrigan said.

"They had a plan that was completely a political plan that said, 'We're going to do something in Burnaby to get seats.' I'm sorry, I don't trust any of this."

The hospital first opened in 1952 and has undergone several expansions, but there have long been concerns about its aging infrastructure.

The hospital also made headlines last winter after an outbreak of C. difficile.

Several medical department heads from the hospital wrote the health authority pointing to a rate of C. difficile infections that was three times higher than the national average.

The doctors said there were 473 cases of C. difficile in less than three years, and 84 of those patients died.

Fraser Health said it was increasing measures to reduce C. difficile and stressed there was no evidence all of those 84 patients died because of C. difficile.

In B.C., hospitals turn to UV markers to fight infections like C. difficile
May 18, 2012 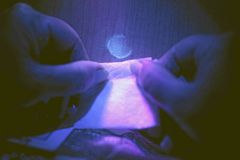 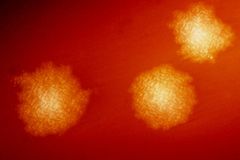 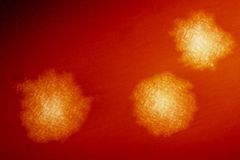 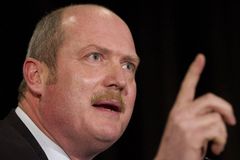